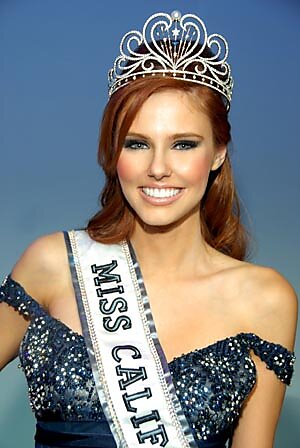 A rabid fan of both Cato’s Center for Educational Freedom and The Miss USA Pageant (some may know him as Jim Harper) just sent me a link to this YouTube video. In the vid, all the contestants in the just‐​completed, aforementioned pageant discuss whether the theory of evolution should be taught in schools.


I didn’t tally their responses, but just listening to the contenders it seems their consensus answer represents America in microcosm: Most seem to have serious doubts about evolution, but support teaching it along with other viewpoints. It reflects both the overall split within the American public—40 to 50 percent of Americans are creationists, and roughly the same segment evolutionists—as well as the consensus view on teaching human origins: About 60 percent of Americans support teaching both evolution and creationism in public schools.


Of the most interest to us here at CEF is whether public schooling can even handle a hot‐​button issue like human origins. Is a government system of schools that all diverse people must support capable of dealing with a controversial subject like this, or will it spark conflict that ultimately ends with no side getting the view it wants taught?


The existing evidence shows that government schooling generally can’t handle controversy, but that is almost never even mentioned in the seemingly endless war between creationists and evolutionists. And the same is true for the aspiring Miss USAs. While a few appeared to conclude that the nation is too diverse for public schools to deal with this topic—see Miss Kentucky at the 5:07 mark, and Miss Utah at 12:36—the majority made no mention of the problem. Fortunately, only one gave the answer libertarians should fear most: Miss Indiana ( 4:25 ) said “I think we should leave that up to the government.” (In the Hoosier rep’s defense, she did eventually conclude that we should “just leave that out of the equation” because it would be too controversial).


At least when it comes to the teaching of human origins in schools, Miss USA contestants really do appear to represent their country.