Mirror, Mirror, on the Wall, Which Nation Is in the Deepest Fiscal Doo‐​Doo of All?

According to the Bank for International Settlements, the United States has a terrible long-run fiscal outlook. Assuming we don't implement genuine entitlement reform, the only countries in worse shape are the United Kingdom and Japan. 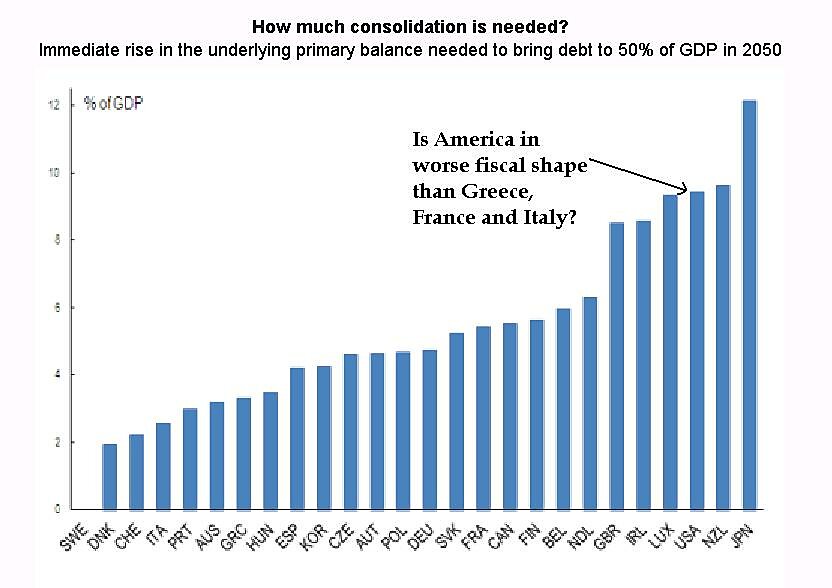 The Organization for Economic Cooperation and Development, meanwhile, also has a grim fiscal outlook for America. According to their numbers, the only nations in worse shape are New Zealand and Japan.

But I've never been happy with these BIS and OECD numbers because they focus on deficits, debt, and fiscal balance. Those are important indicators, of course, but they're best viewed as symptoms.

The underlying problem is that the burden of government spending is too high. And what the BIS and OECD numbers are really showing is that the public sector is going to get even bigger in coming decades, largely because of aging populations. Unfortunately, you have to read between the lines to understand what's really happening.

But now I've stumbled across some IMF data that presents the long-run fiscal outlook in a more logical fashion. As you can see from this graph (taken from this publication), they show the expected rise in age-related spending on the vertical axis and the amount of needed fiscal adjustment on the horizontal axis.

In other words, you don't want your nation to be in the upper-right quadrant, but that's exactly where you can find the United States. 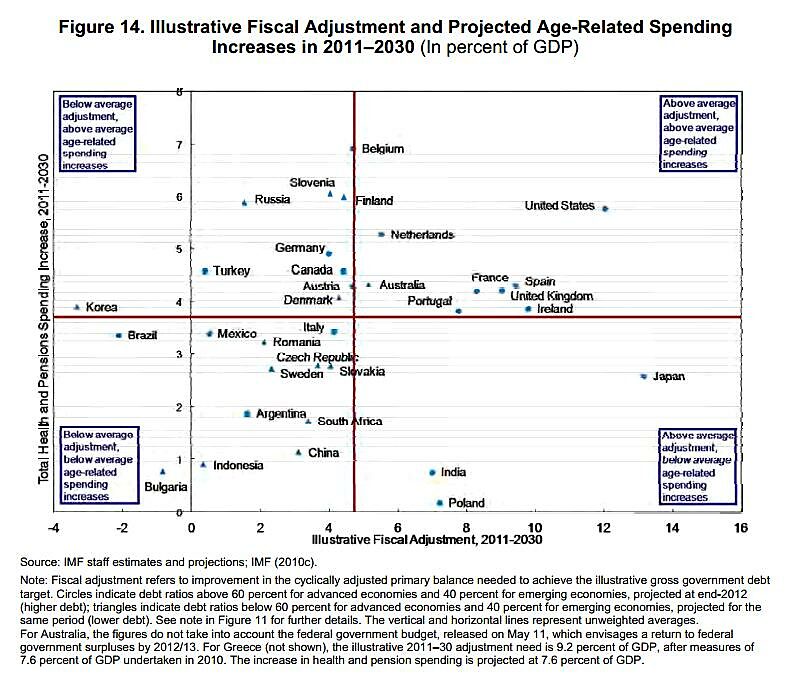 Yes, Japan needs more fiscal adjustment. Yes, the burden of government spending will expand by a larger amount in Belgium. But America combines the worst of both worlds in a depressingly impressive fashion.

So thanks to FDR, LBJ, Nixon, Bush, Obama and others for helping to create and expand the welfare state. They've managed to put the United States in a worse long-run position than Greece, Italy, Spain, Portugal, France, and other failing welfare states.