A Microeconomic Look at Regulatory Overkill

In this new paper, I argue that an overly burdensome U.S. regulatory state is partly responsible for the downward trend in domestic and foreign investment in U.S. factories, professional services operations, distribution centers, and research and development facilities. EPA mandates, Obamacare’s costly, complicated new health care directives, and the slowly emerging financial services restrictions stemming from Dodd Frank, are just some of the new regulations that have thickened the Federal Register to more than 80,000 pages per year and added 16,500 new pages to the Code of Federal Regulations during the Obama presidency, undoubtedly deflecting and chasing investment and business creation to foreign shores.

Oddly, this massive expansion of federal rules has evolved as President Obama has simultaneously expressed concerns about the impacts of both declining investment and regulatory overkill on economic growth. In 2011, the president issued Executive Order 13563 under the heading "Improving Regulation and Regulatory Review." Section 1 states:

Our regulatory system must protect public health, welfare, safety, and our environment while promoting economic growth, innovation, competitiveness and job creation. It must be based on the best available science. It must allow for public participation and an open exchange of ideas. It must promote predictability and reduce uncertainty. It must identify and use the best, most innovative, and least burdensome tools for achieving regulatory ends. It must take into account benefits and costs, both quantitative and qualitative. It must ensure that regulations are accessible, consistent, written in plain language, and easy to understand. It must measure, and seek to improve, the actual results of regulatory requirements.

The president issued this EO in the wake of his party’s mid-term election rebuke, perhaps to indicate that he understood the concerns of business. He even required that his agencies formulate plans for undertaking systematic, retrospective reviews of their rules and regulations with an eye toward making them less imposing on society:

Sec. 6. Retrospective Analyses of Existing Rules. (a) To facilitate the periodic review of existing significant regulations, agencies shall consider how best to promote retrospective analysis for rules that may be outmoded, ineffective, insufficient, or excessively burdensome, and to modify, streamline, expand, or repeal them in accordance with what has been learned…

In the words of a former chief economist at the Council of Economic Advisers:

The single greatest problem with the current system is that most regulations are subject to a cost-benefit analysis only in advance of their implementation. That is the point when the least is known and any analysis must rest on many unverifiable and potentially controversial assumptions.

These miscalculations are compounded by regulators’ own stated bias to err on the side of regulating. Describing its Utility MACT rule (regulation of the emissions of large power plants) in the Federal Register, the EPA admitted:

We may determine it is necessary to regulate under section 112 even if we are uncertain whether [the rule] will address the identified hazards… We believe it is reasonable to err on the side of regulation of such highly toxic pollutants in the face of uncertainty (emphasis added).

Considering that U.S. regulatory costs amount to about $1.75 trillion per year – a figure that exceeds the total value added of the entire U.S. manufacturing sector – these obvious problems with the U.S. regulatory state are no laughing matter.

Economics teaches the theory of diminishing marginal returns, which holds that even though an additional unit of input may generate more output, there is a point beyond which the addition to total output from each new increment of input begins to decline. The concept applies to regulation. Take pollution abatement. In 1970, when the EPA began to regulate activities that were presumed to have adverse impacts on environmental quality, there was great scope for air and water quality improvement. There was a lot of low-hanging fruit in those days. The marginal benefit of the first unit of abatement effort is much greater (and the marginal cost much lower) when air or water quality is lower.

But, today, after the most obvious and affordable abatement measures have already been adopted and the associated benefits have been reaped, the marginal cost of the next increment of improvement is greater and the marginal benefit from that effort is smaller. In fact, after working down the continuum of abatement efforts toward the limits of technological feasibility, the marginal cost of the next increment of abatement becomes even higher and the marginal benefit even lower. More broadly, the relationship between the amount of regulation and its societal benefits is not linear. Nor is the relationship between regulation and its costs. 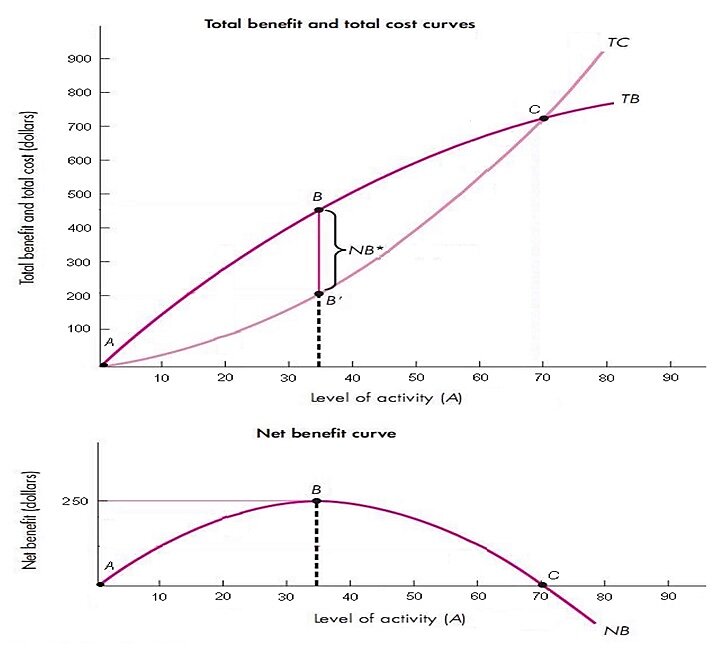 As put succinctly in a report of the President’s Council of Economic Advisers, "A regulation that is expected to eliminate 90 percent of a certain harmful emissions at a cost of $100 million per year may well generate higher net benefits than one that eliminates 98 percent of those emissions at a cost of $1 billion per year."  Until someone forces regulators to heed the results of marginal analysis, expect more rules and regulations, and less investment and growth.