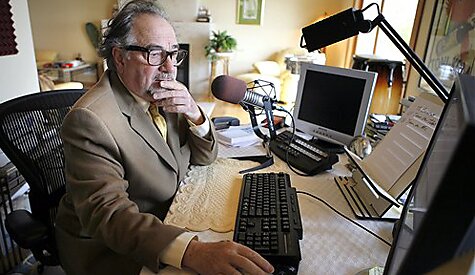 In my Policy Analysis “Attack of the Utility Monsters,” I noted that U.S. talk radio host Michael Savage had been preemptively banned from entering the United Kingdom, for fear that he would incite hatred on arrival. I also noted that the ban had been rescinded — which, anyway, it appeared to have been at the time. Today I read that Savage’s travel ban is back on again.


What had Savage done that was so terrible? I’m not exactly sure, but here are some things that he’s said:

On homosexuality, he once said: “The gay and lesbian mafia wants our children. If it can win their souls and their minds, it knows their bodies will follow.”


Another of his pet topics is autism, which he claims is a result of “brats” without fathers.


He has also made comments about killing Muslims, although in one broadcast he cited extremists’ desires to execute gays as a reason for deporting them.

None are sentiments I agree with. In fact, I think all of them range somewhere from foolish to idiotic. Which is exactly why I’d welcome Michael Savage into a liberal, tolerant society: Let him contend with his betters, and he will lose. Treat him like a danger, and the tolerant society will appear weak — and intolerant.