For the past several years, the Washington Metropolitan Area Transit Authority (Metro) has vied with San Jose’s Valley Transportation Authority for the non‐​coveted title of “Worst‐​Managed Transit System in America.” It is still only January, but with its performance, or rather non‐​performance, during snowstorm Jonas, Metro appears to have already clinched the title for 2016. 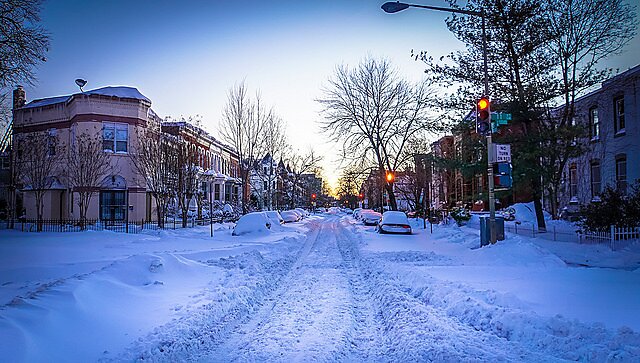 This is what it takes to shut down Metro subways. Flickr photo taken Sunday morning after the storm by Ted Eyten.


To start with, rather than try to provide transportation for people who needed to travel over the weekend, Metro pre‐​emptively shut down, ending all bus service at 5 pm Friday (well before the worst of the snow fell) and ending rail service for the weekend at 11 pm. By comparison, New York’s Metropolitan Transit Authority (MTA)–serving an area that received much more snow than the district–kept its subways running throughout the weekend and kept its above‐​ground trains and buses going for as long as it could into the storm.


Metro could have followed MTA’s example by keeping the underground portion of its subways running–Ballston to Eastern Market, Medical Center to Union Station, and Fort Totten to Anacostia–all weekend, but chose not to do so. These lines cover much of the length and breadth of the district and could have provided vital transportation for many people.


Metro’s excuses for shutting down were rather thin. It claimed that passenger safety was more important than the convenience of having service. But how safe is it to be out in a blizzard compared with riding on a subway? Metro also said it needed to put its employees to work to put it back in service on Monday. But the people who operate trains are not maintenance workers and union rules probably prohibited Metro from putting them to work shoveling snow.


Besides, Metro didn’t do a very good job of putting the system back into operation. Most of MTA’s above‐​ground trains were running by Sunday afternoon. MTA also put most of its bus lines back into service on Monday. Metro was content to open the subway portions of its lines on Monday, leaving its above‐​ground lines still closed, and to run just 22 out of its 325 bus lines.


Metro might argue that federal offices were closed Monday anyway, so the demand for its services was lower. But if Metro had been more on the ball, federal offices might not have had to close.


In short, MTA passes but Metro flunks Snowstorm 101. But Metro puts itself well ahead of the pack in the race to being the worst‐​managed transit agency of 2016.