A Message from Cato’s Center for the Study of Science

As we’ve mentioned before on the Cato blog, over the past few weeks some members of Congress have been sending letters of intimidation to researchers whose scientific findings were politically inconvenient to the members' policy proposals. First, seven scientists working at public universities were harassed by Rep. Raul Grijalva (D-AZ). This was followed by letters to 100 organizations, ranging from private companies to think tanks, attempting to create a whisper campaign of allegations of impropriety. My boss, Cato CEO John Allison, received one of these letters.

Mr. Allison’s response to the letter he received from Sens. Ed Markey (D-MA), Barbara Boxer (D-CA), and Sheldon Whitehouse (D-RI) is reproduced below the jump.

We at the Center for the Study of Science, as with the rest of the Cato Institute, are very proud not only of the quality of the work we produce but also of our values—and those morals compel us to not bow to those using their authority as a weapon to silence legitimate scientific inquiry.

The actions of these members of Congress are exactly why Cato’s Center for the Study of Science was founded: the government wishes to use science as a weapon to increase its political power, then use that political power to create a more convenient political climate. We wish to change this climate of fear into one of truth—and we would like to extend an invitation to Sens. Markey, Boxer, and Whitehouse to join us. 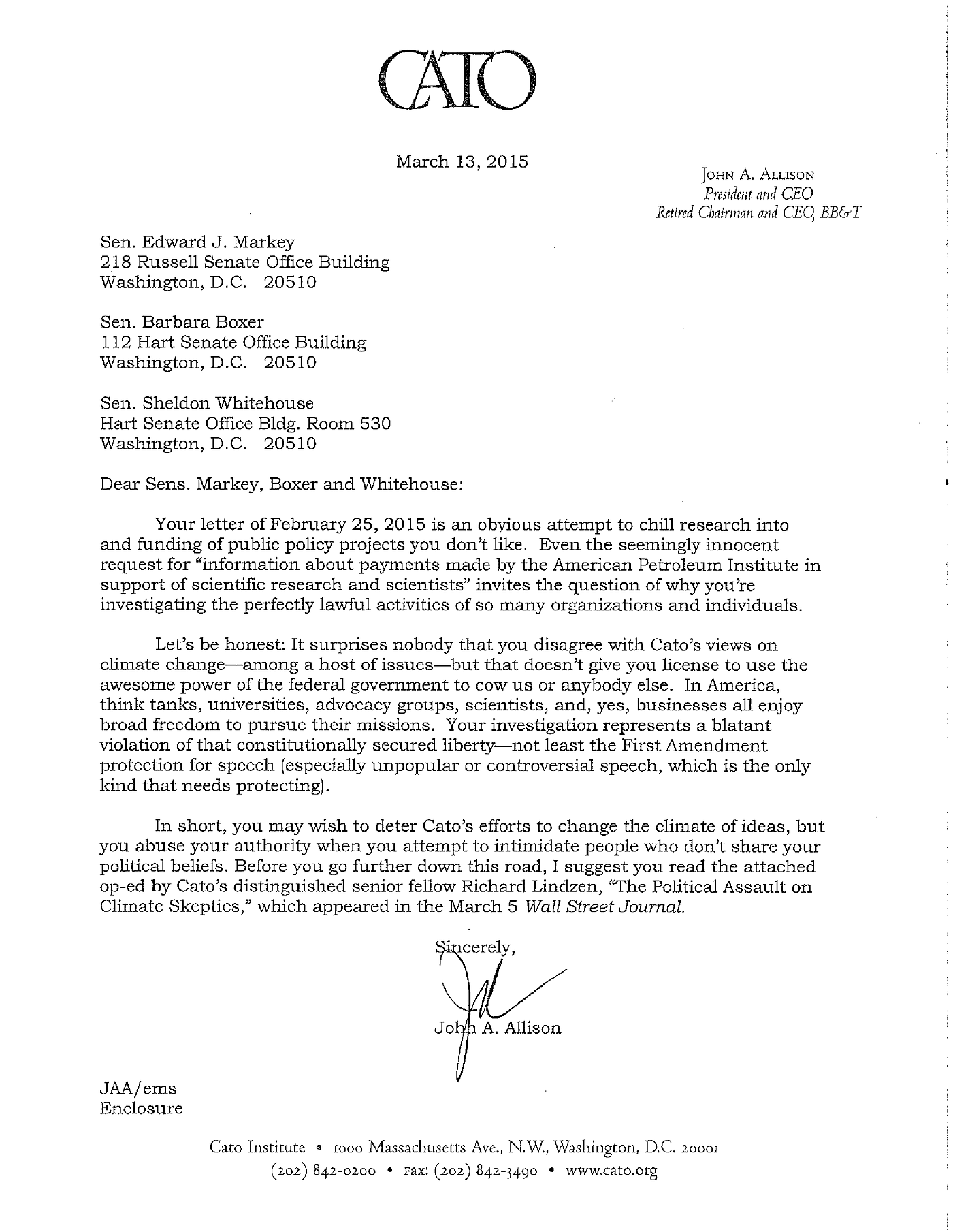