Max Boot Grades Own Work, Gives Self ‘A’ 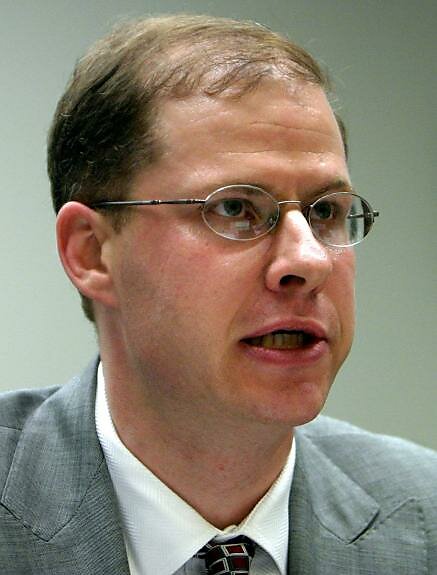 Sunday's Washington Post ran a piece about 9/11 called the "pundit scorecard," and gave Max Boot the "wishful thinking award" for his "Case for American Empire" piece. As the Post article described:

Not since the bombing of Pearl Harbor destroyed American isolationism has a school of foreign policy thought been so discredited as neoconservatism was by the insurgency in Iraq. Yet in the first months after the 9/11 attacks, neoconservative plans to redesign the Middle East found a sympathetic hearing in the White House and among the commentariat. Probably the most romantic neocon was military analyst Max Boot, who believed that the world was desperate for American domination.

“Afghanistan and other troubled lands today cry out for the sort of enlightened foreign administration once provided by self-confident Englishmen in jodhpurs and pith helmets,” Boot wrote in the Weekly Standard on Oct. 15, 2001. Just as the U.S. war in Afghanistan was beginning, Boot was planning other campaigns. “Once we have deposed Saddam, we can impose an American-led, international regency in Baghdad, to go along with the one in Kabul. With American seriousness and credibility thus restored, we will enjoy fruitful cooperation from the region’s many opportunists, who will show a newfound eagerness to be helpful in our larger task of rolling up the international terror network that threatens us.”

Suffice it to say that Boot, a fellow at the Council on Foreign Relations, isn't happy. In fact, he looks back at the piece and feels pretty good about it. He points out that he had called on Washington to "feed the hungry, tend the sick, and impose the rule of law" in those benighted foreign locales, to at least "allow the people to get back on their feet until a responsible, humane, preferably democratic, government takes over."

But let's also recall that in May of 2003 Boot was still pooh-poohing Gen. Eric Shinseki's admonition that "several hundred thousand" troops would be needed for such an endeavor. Instead, Boot thought that our to-do list in Iraq should include "purging the Baathists, providing humanitarian relief, starting to rebuild, and then setting up a process to produce a representative local government," and that

This probably will not require the 200,000 troops suggested by Army chief of staff Eric Shinseki, but it will require a long-term commitment of at least 60,000 to 75,000 soldiers, the number estimated by Joint Staff planners.

Just think about that for a second. In 2003, Max Boot was arguing that 60-75,000 U.S. troops could provide security all across Iraq, while simultaneously “purging the Baathists, providing humanitarian relief, starting to rebuild, and then setting up a process to produce a representative local government.”

Grade inflation seems to have gotten out of hand at the Council on Foreign Relations.