Martin Feldstein on U.S. Growth vs. Other Major Economies

Martin Feldstein has a new short paper out with some thoughts on a relatively under-researched subject: Why is Growth Better in the United States than in other Industrial Countries?

Over the very long term, this is a truism. In order for the U.S. to be that much richer, it must have experienced faster real GDP per capita growth than comparator countries. We know from figures collated by the Maddison Project that the U.S. had around half the level of GDP per capita of the UK in the early 18th century, but by 1900 it was overtaking the UK as the richest country by income per head, and has remained in that leading position for almost all the period since.

But showing higher levels of income does not necessarily mean that the U.S. growth of GDP per capita was higher than other countries over more recent periods.

Figure 1 outlines the growth performance of G7 countries since 1970. As can be seen, U.S. average annual real GDP growth has indeed been higher than the rest, but average annual real GDP per capita growth was actually stronger in Japan, the UK and Germany over that period. In other words, the U.S. relative real GDP growth strength over that period is primarily about demographics. 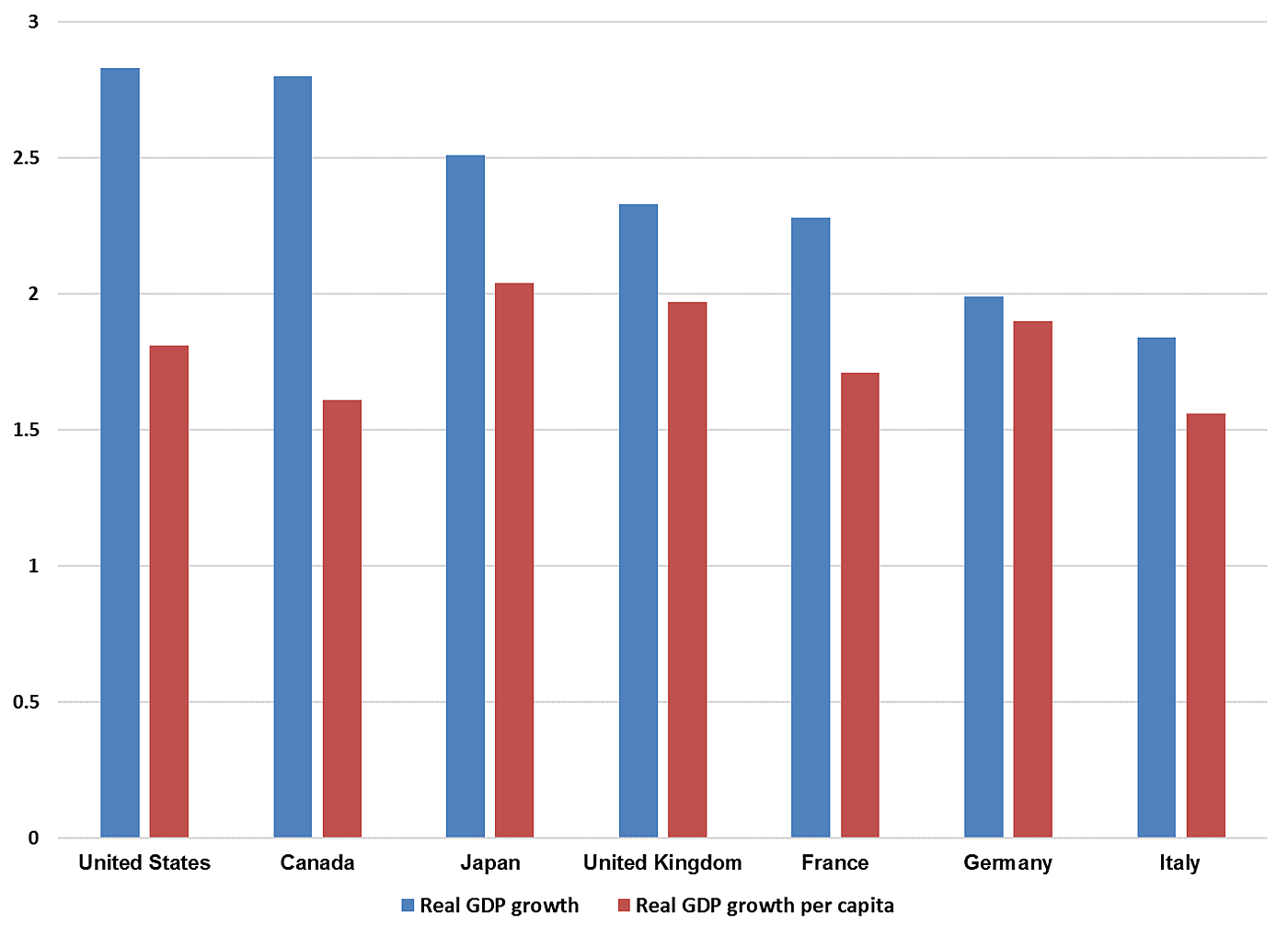 The U.S. is still richer than the other countries, of course. That is, the level of real GDP per capita is still higher, but that gap already existed in 1970. Some other countries have grown more quickly since then from a lower base. In 1970, Japan’s real GDP per capita was 79 percent of the U.S., whereas in 2015 it was 91 percent. For the UK, the figure has increased from 77 percent to 80 percent. But no country appears to be fully converging.

The real question then appears to be this: though individual countries have converged somewhat towards the U.S. during periods since 1945, why does there seem to be a permanent gap in the level of GDP between the U.S. and other major economies?

In other words, what structural features in the U.S. help to make it permanently richer than other major economies?

Whole theses could be written about each. But I’ll limit myself to seven quick comments here: