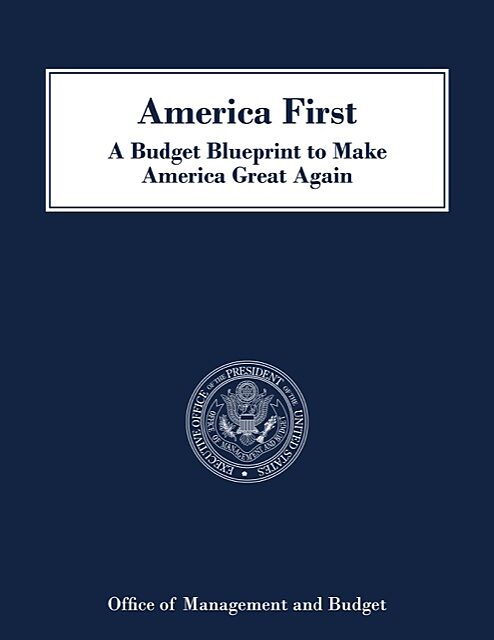 Trump calls this the "America First" budget. What it really is is a "Federal Funding Last" budget, as Trump proposes to devolve to state and local governments and private parties a number of programs now funded by the feds. In theory, the result should be greater efficiency and less regulation. However, in most of the areas I know about, Trump could have gone further and produced even better results.

Transportation: I applaud the elimination of New Starts, the program that encourages cities to waste money on obsolete transit systems, but am disappointed that Trump would continue to fund projects with full-funding grant agreements. There are several insanely expensive projects, including the Maryland Purple Line and the Minneapolis Southwest Line, that have such agreements but haven't started construction and should be eliminated. A number of streetcar and bus-rapid transit projects also fall into this category. If Congress is willing to live with no more full-funding grant agreements, it should allow the administration to also review and eliminate projects that haven't yet begun construction or have made only token construction efforts.

The proposal to eliminate Amtrak long-distance trains is politically problematic. Since Amtrak's other trains reach just 22 states, while the long-distance trains add 26 more, this proposal will look like it is favoring some states over others. As an alternative, I would have suggested that the federal government offer to cover 25 percent (or less) of the fully allocated costs (including depreciation) of each train or route, including the Northeast Corridor. If fares don't cover the other 75 percent, then state support would be required or the trains would be cut. This is much more fair, especially because some state-supported trains actually require subsidies per passenger mile that are much larger than many of the long-distance trains.

Three other transportation proposals look good. One would transfer air traffic control to an independent, non-governmental organization, which would quickly install new equipment and increase airline capacities and safety. A second would eliminate the so-called Essential Air Service program, which subsidizes airports in smaller communities. Trump also proposes to eliminate the TIGER grant program, a relic of the 2009 stimulus bill, that has funded streetcars and other ridiculous projects.

Housing: Eliminating community development block grants would save $3 billion, which is a lot of money. This should be cut, says the proposal, because "the program is not well-targeted to the poorest populations and has not demonstrated results." The budget would also cut $35 million for affordable housing. I support both of those cuts because I think such federal funding allows cities to do crazy things that make housing more expensive knowing they can use federal dollars to mitigate the problem by building a few units of so-called affordable housing. The budget keeps the mortgage interest deduction and most other subsidies to homeownership; these are clearly unnecessary as many other nations have higher homeownership rates than we do without these programs.

Public lands: Some of Trump's public land proposals are vague, especially one that "streamlines operations while providing the necessary resources" to manage the lands. Less vaguely, it reduces land acquisition by $120 million (though I'm not sure what is left); fully funds fire protection at the ten-year average (which is too much money); and provides funding for national park maintenance that has been deferred. At least some of that deferred maintenance is for employee housing, which I think the Park Service should eliminate. In general, these proposals tinker at the edges of public land management. Some more radical programs, such as more user fees and contracting fire suppression out to the states by having the federal government pay the states the same as private landowners pay, could have greatly improved management and saved billions of dollars.

In short, most of Trump's proposals on issues that I am familiar with are good. But they could have been great if the administration had taken one more step and saved federal dollars in ways that improve incentives for other parties to work more efficiently.