Living in the Past

A year after Kate Zernike wrote in the New York Times that Tea Partiers were "resurrect[ing] once-obscure texts by dead writers"---such as F. A. Hayek, who won the Nobel Prize in 1974 and died in 1992---the New Yorker's cover depicts Wall Streeters in top hats and bushy mustaches. That's an image from, what, the 1930s? Or maybe the 1870s? Who's "reach[ing] back to dusty bookshelves for long-dormant ideas" now? 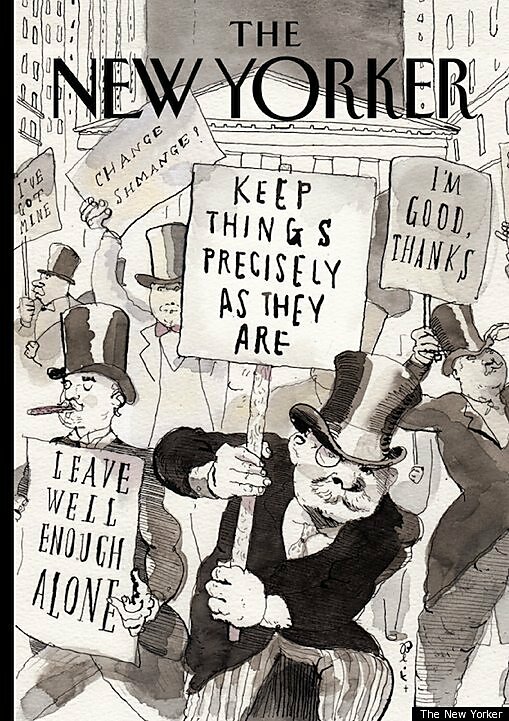