Live from the Fancy Farm Picnic

I went back home to Kentucky to attend the Fancy Farm Picnic last Saturday. It may be the biggest political event in the state; it takes place every August, 10 miles from where I grew up, and somehow I’d never attended before. It was time. I got there just in time to hear Senate candidates Jack Conway and Rand Paul give their 7‐​minute speeches. (There are lots of speakers, and timekeepers are strict.) There were plenty of advocates for both candidates among the 2000 or so people watching. It’s an old Democratic area, but they’re conservative Democrats who now mostly vote Republican in federal races. 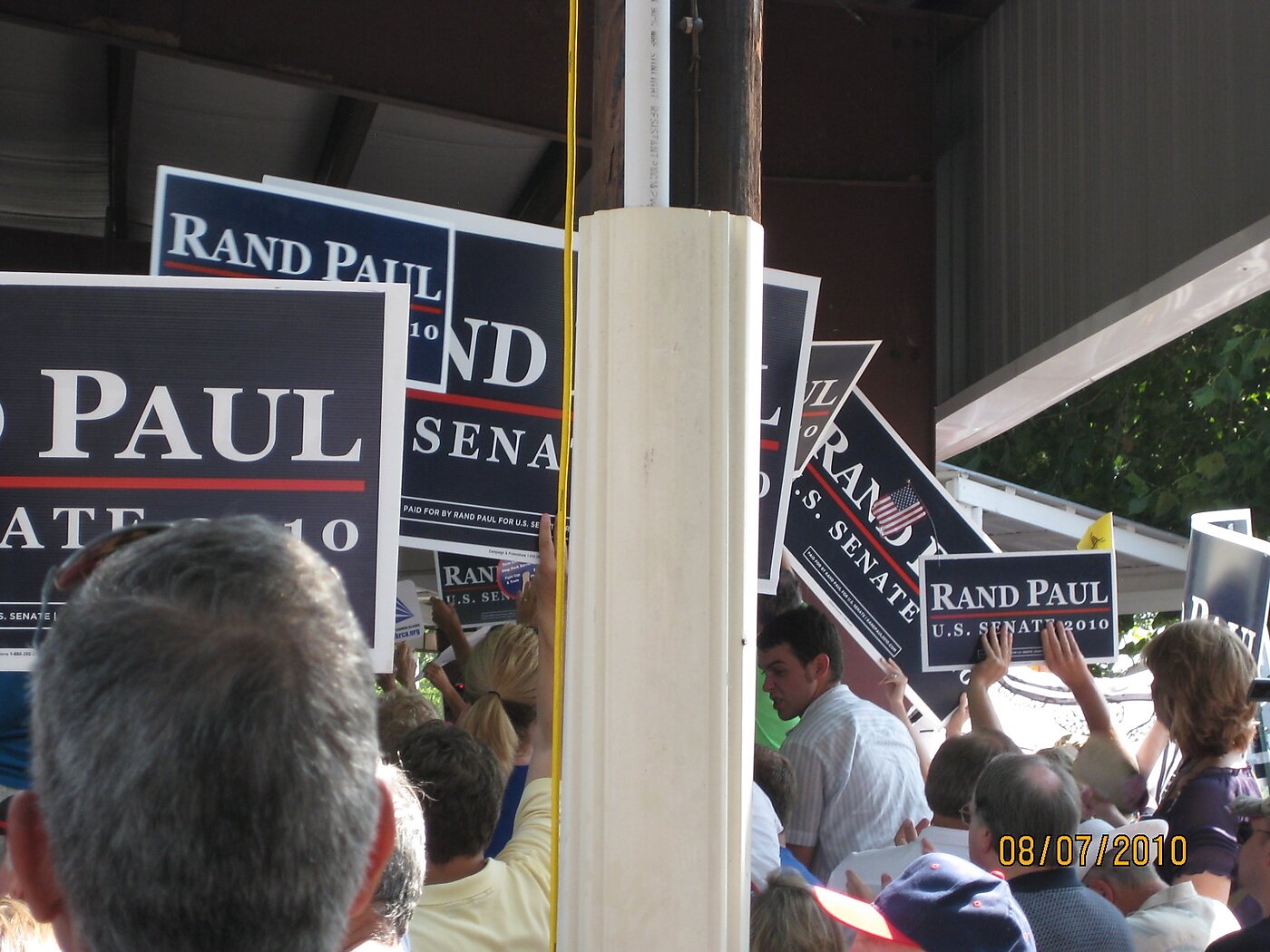 It was well over 90 degrees and humid, so both candidates handed out fans: 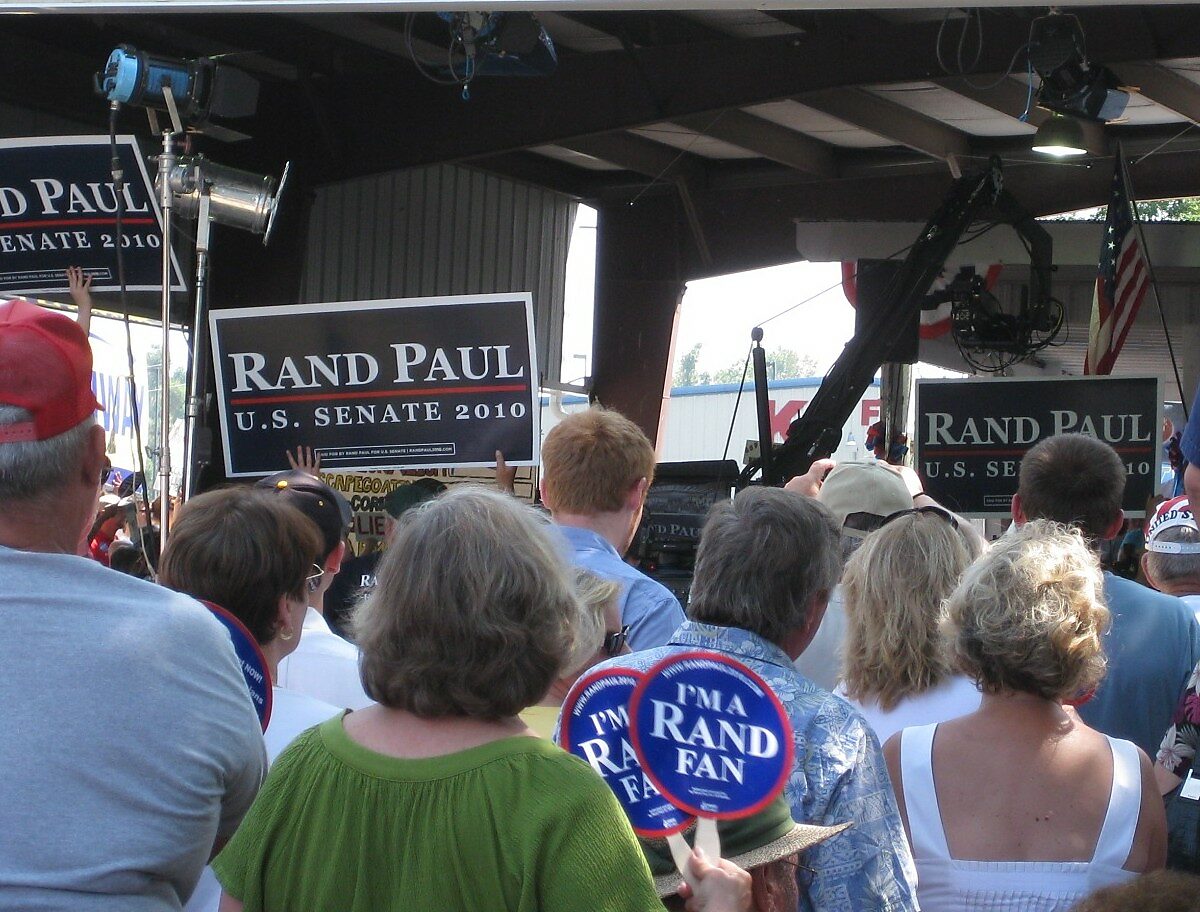 As I listened to the candidates, my main impression was this: Conway accused Rand Paul of being an extremist, and Paul accused Conway of being a Democrat. The question for November is which charge will stick.


So which do Kentucky voters dislike more: the national Democratic party’s big‐​government agenda or the prospect that Rand Paul might actually try to cut the size of government? In a world where everyone gets something from government, it’s not obvious. But so far Paul is holding on to a lead in the polls. In Fancy Farm, I noticed that all the Conway supporters had the campaign’s official signs and buttons, plus hand‐​lettered signs that had clearly been produced in campaign offices, such as this “NeanderPaul” sign that I picked up after the shouting was over: 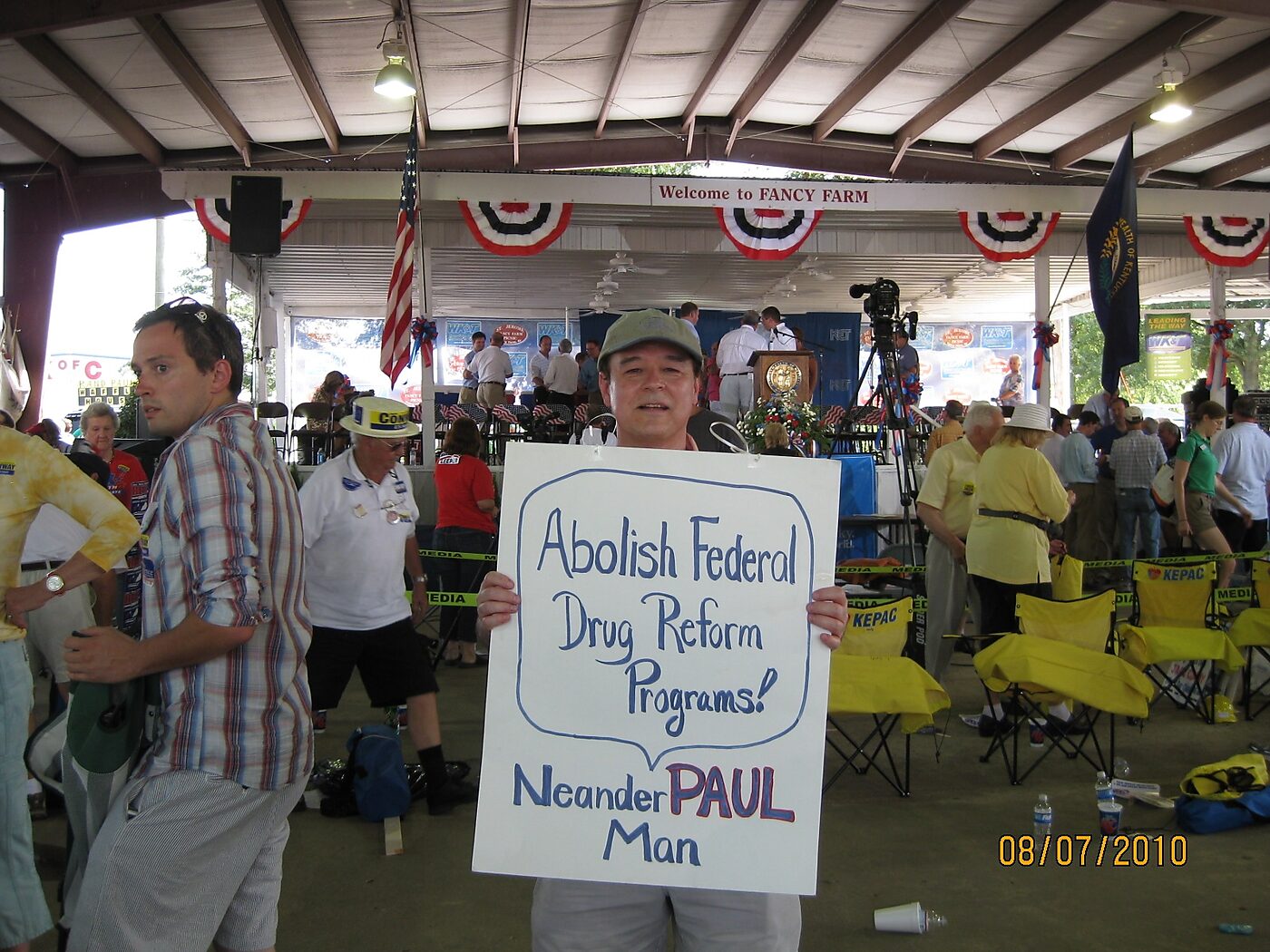 Paul’s supporters, on the other hand, brought a lot of their own homemade signs. Conway’s supporters were more disciplined. You didn’t see any Conway supporters showing up dressed as Abraham Lincoln or a colonial soldier (though news reports say there was a guy dressed as a “neanderthal” holding the above sign), or wearing T‐​shirts reading “Who is John Galt?” The greater grass‐​roots enthusiasm for Paul has both pluses and minuses. Clearly he’s appealing to stronger currents than mere partisan politics and generating more enthusiasm. But that means he’s more at risk of supporters doing things that might embarrass the campaign.


One thing you can say about the Fancy Farm Picnic, it’s the best $10 meal you’ll ever eat — Kentucky pork and mutton, fresh‐​picked tomatoes and corn, and homemade pies and cakes.


And one final thought: They estimate that 15,000 people attend the picnic but that only 2,000 listen to the political speeches, which is a good reminder of reality for us political junkies. And that estimate would seem to be confirmed by my reflection after the weekend that, except for the drive from Mayfield to Fancy Farm, I drove about 500 miles in Kentucky this weekend and I’m not sure I ever saw a campaign sign or bumper sticker. The election is still almost three months away, and politics just isn’t life for most people.