Limited Options in Dealing with Iran 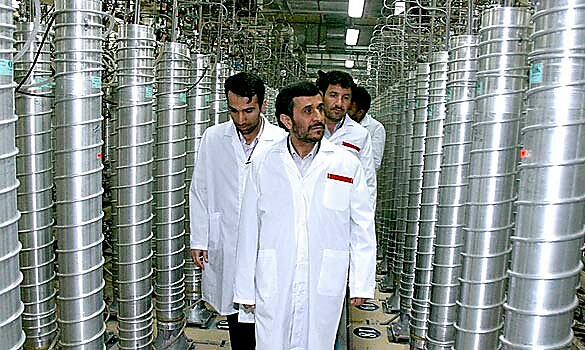 The revelation last week of a second secret Iranian nuclear facility, and Iran’s test firings over the weekend of its short and medium range missiles, bring a new sense of urgency to the long‐​scheduled talks between Iran and the P-5 + 1 beginning on Thursday in Geneva. Many in Washington hope that a new round of tough sanctions, supported by all of the major powers including Russia and China, might finally convince the Iranians to abandon their nuclear program.


Such hopes are naive.


Even multilateral sanctions have an uneven track record, at best. It is difficult to convince a regime to reverse itself when a very high‐​profile initiative hangs in the balance, and Iran’s nuclear program clearly qualifies. It is particularly unrealistic given that the many years of economic and diplomatic pressure exerted on Tehran by the U.S. government have only in emboldened the regime and marginalized reformers and democracy advocates, who are cast by the regime as lackeys of the United States and the West.


But whereas sanctions are likely to fail, war with Iran would be even worse. As Secretary Gates admitted on Sunday, air strikes against Iranian nuclear facilities would merely degrade and perhaps delay, not eliminate, Iran’s program. Such attacks would inevitably result in civilian casualties, allowing Ahmadinejad to rally public support for his weak regime. What’s more, the likelihood of escalation following a military attack — which could take the form of asymmetric attacks in the Persian Gulf region, and terrorism worldwide — is not a risk worth taking.


The Iranian government must be convinced that it does not need nuclear weapons to deter attacks against the regime. It is likely to push for an indigenous nuclear‐​enrichment program for matters of national pride, as well as national interest.


The Obama administration should therefore offer to end Washington’s diplomatic and economic isolation of Iran, and should end all efforts to overthrow the government in Tehran, in exchange for Iran’s pledge to forswear a nuclear weapons program, and to allow free and unfettered access to international inspectors to ensure that its peaceful nuclear program is not diverted for military purposes.


While such an offer might ultimately be rejected by the Iranians, revealing their intentions, it is a realistic option, superior to both feckless economic pressure and stalemate, or war, with all of its horrible ramifications.