Just over 150 miles separate the Swiss cities of Basel and Geneva. For ten months, their distance has symbolized the gulf between the international regulators of the Financial Stability Board and the Libra Association, a corporate payments consortium led by Facebook. But this week marked a rapprochement, as the Basel‐​based FSB issued its recommendations for the regulation of what it calls “global stablecoins,” while Geneva‐​headquartered Libra announced fundamental changes to its operating model aimed at meeting the FSB’s demands. 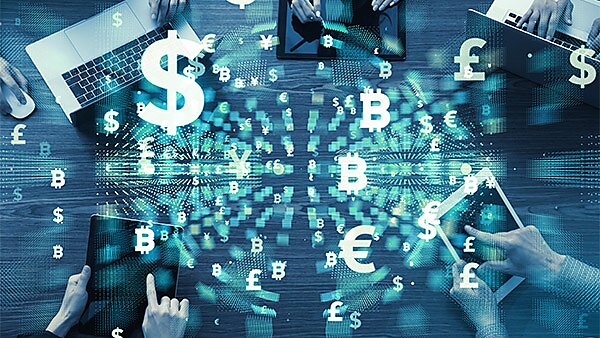 COVID-19 has exposed the inadequacies of the U.S. payments system. What options are there to innovate and improve? Should we adopt a central bank digital currency, or would private‐​sector digital currencies be superior? Please join us on May 8 for a fascinating discussion of one of the most important parts of the financial system.

Although these developments mark a victory for regulators, who vigorously pushed back against Libra after its initial launch in June 2019, they also bode well for Libra’s business success, which government roadblocks are now less likely to hinder. But they also raise troubling questions about the freedom to innovate. Regulators have demonstrated that they will go to great lengths to frustrate initiatives they view as a competitive threat. If Facebook and its partners, with their financial and technological heft, cannot proceed on any terms save those favored by regulators, what hope is there for challengers with less clout?

Libra did itself no favors by initially marketing the project as a “global cryptocurrency”—a label that triggered fears of volatility, money laundering, and a lack of oversight characteristic of other cryptocurrencies. But what most irked regulators was Libra’s plan to use a multi‐​currency stablecoin as its medium of exchange. Although each unit of that stablecoin would have been backed by assets denominated in relatively reliable national currencies, such as the U.S. dollar and the euro, central bankers worried that Libra’s wide adoption could undermine monetary policy. Prudential regulators, meanwhile, worried about the systemic consequences were a globally successful Libra to fail in the future.

I suggested at the time that these worries were probably exaggerated. The stablecoin’s full backing meant that Libra issues and redemptions could not have a disproportionate impact on the supply of money and credit. This fact alone should have assuaged fears that Libra could pose risks similar to large banks or interfered with central banks’ conduct of monetary policy. Nor could malicious actors easily have gotten a hold of Libra coins, access to which would be controlled by the Association’s members—large and financially sophisticated corporations with reputations to protect.

Valid or not, regulators’ concerns jeopardized Libra’s viability, prompting it to release this week’s updated white paper outlining significant changes. The most notable of these is the shift from reliance upon a single multi‐​currency stablecoin for all jurisdictions to the use of each jurisdiction’s national currency unit. There will thus be Libra‐​dollars, Libra‐​euros, and so on for each jurisdiction in which Libra operates.

This new approach offers several advantages. First, unlike the multi‐​currency hybrid proposed in June, the concept of electronic money denominated in established national units has longstanding legal precedents in Europe and North America. Single‐​currency stablecoins are also likely to be more appealing to users, who won’t have to bear exchange‐​rate risk. The single‐​currency approach will make life easier for Libra’s managers, too, as it eliminates the need to alter the stablecoin’s composition in response to user demand in different countries. Finally, because it makes Libra functionally equivalent to PayPal and other electronic payment networks with which they are familiar, the new plan should be less discomfiting to central bankers.

To address concerns about potential abuse of Libra by malefactors, the updated white paper describes several new rules to which network participants will be subject. For example, only financial institutions that follow guidelines from the Financial Action Task Force will initially be able to deal in Libra coins. Other participants will eventually be admitted, but they must undergo periodic compliance checks by external auditors and, in the case of digital wallet providers, will face size limits on user balances and transactions.

Another change from its June plans is that Libra no longer intends to eventually go “permissionless.” Instead, it will continue to limit access to its blockchain (the ledger of all Libra coin transactions) to authorized participants. This change offers much‐​needed clarity. Just how the transition to an open ledger like Bitcoin’s would have proceeded without forcing the Libra Association to relinquish control was never clear. Nor had Libra explained how it would avoid the large electricity requirements for which Bitcoin is infamous. The decision to remain permissioned will therefore please money‐​laundering watchdogs and address one of the few genuine lacunae in the original proposal.

How are regulators likely to respond to Libra’s new offer? If the FSB’s ten recommendations are any guide, their reception will be a lot warmer than last time around. Not only has Libra made structural changes that will turn it into a payments provider much like incumbent ones, but it has also agreed not to launch the new currency anywhere without first meeting local regulators’ requirements. And, like regulated banks, Libra has set out capital and liquidity management policies so users can get their money back in the event of stress or failure.

No private financial innovation has ever faced so much scrutiny before even going live. And that is precisely the problem with this ten‐​month saga. What began as a promising if untested plan for fast and cheap international payments quickly became the target of hyperbolic attacks. That Libra has responded so swiftly and comprehensively says more about how high the stakes are for Facebook and its partners than about the merits of the claims against them. But the precedent leaves one wondering whether other potential innovators with lower stakes will find it worthwhile to proceed at all.

Yet discouraging future payments innovation would be a great loss to us all, as recent events demonstrate. The challenge of getting relief money to households amid the coronavirus emergency has once again exposed the sluggishness of U.S. payments. Digital wallets could have accelerated the flow of funds to Americans who will be getting a paper check instead. For international transfers and the 1.7 billion people worldwide without a bank account, the high cost and slow speed of payments is an even more pressing concern. As they evaluate Libra’s new proposal, regulators should keep in mind its potential to improve on the status quo, instead of focusing only on unsubstantiated risks and the preservation of their own turf.