In the Lake Wobegon Fantasy World, All Investments Make Money

I sometimes wonder whether journalists have the slightest idea of how capitalism works.


In recent weeks, we’ve seen breathless reporting on the $2 billion loss at JP Morgan Chase, and now there’s a big kerfuffle about the falling value of Facebook stock.


In response to these supposed scandals, there are all sorts of articles being written (see here, here, here, and here, for just a few examples) about the need for more regulation to protect the economy.


Underlying these stories seems to be a Lake Wobegon view of financial markets. But instead of Garrison Keillor’s imaginary town where “all children are above average,” we have a fantasy economy where “all investments make money.”


I don’t want to burst anyone’s bubble or shatter any childhood illusions, but losses are an inherent part of the free market movement. As the saying goes, “capitalism without bankruptcy is like religion without hell.” 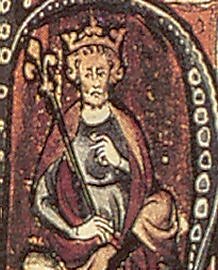 Moreover, losses (just like gains) play an important role in that they signal to investors and entrepreneurs that resources should be reallocated in ways that are more productive for the economy.


Legend tells us that King Canute commanded the tides not to advance and learned there are limits to the power of a king when his orders had no effect.


But perhaps that’s unfair. They probably understand that losses sometimes happen, but they want to provide bailouts so that nobody ever learns a lesson about what happens when you touch a hot stove.