Cigarette butt, to be specific.


All over the world, governments impose draconian taxes on tobacco, and then they are surprised when projected revenues don’t materialize. We’ve seen this in Bulgaria and Romania,

and we’ve seen this Laffer Curve effect in Washington, DC, and Michigan.


And now we’re seeing the same result in Ireland.


Here are some details from an Irish newspaper.

[N]ew Department of Finance figures showing that tobacco excise tax receipts are falling dramatically short of targets, even though taxes have increased and the number of people smoking has remained constant… [T]he latest upsurge in [cigarette] smuggling … is costing the state hundreds of millions in lost revenue. Criminal gangs are openly selling smuggled cigarettes on the streets of central Dublin and other cities, door to door and at fairs and markets. Counterfeit cigarettes can be brought to the Irish market at a cost of just 20 cents a pack and sold on the black market at €4.50. The average selling price of legitimate cigarettes is €9.20 a pack. …Ireland has the most expensive cigarettes in the European Union, meaning that smugglers can make big profits by offering them at cheaper prices.

I had to laugh at the part of the article that says, “receipts are falling dramatically short of targets, even though taxes have increased.”

This is what’s called the Fox Butterfield effect, when a leftist expresses puzzlement about something that’s actually common sense. Named 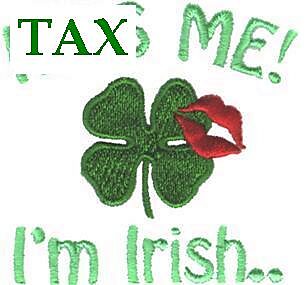 after a former New York Times reporter who was baffled that more people were in prison at the same time that crime rates were falling, it also shows up in tax policy when statists are surprised that tax revenues don’t automatically rise when tax rates become oppressive.


Ireland, by the way, should know better. About the only good policy left in the Emerald Isle is the low corporate tax rate. And as you can see in this video, that policy has yielded very good results.

My favorite example from that video, needless to say, is what happened during the Reagan years, when the rich paid much more to the IRS after their tax rates were slashed.


P.S. You won’t be surprised to learn that a branch of the United Nations is pushing for global taxation of tobacco. To paraphrase Douglas MacArthur, “Bad ideas never die, they become global.”