King v. Burwell: A Clear Example of Legislating from the Bench

Confirmation hearings for Supreme Court nominee Judge Amy Coney Barrett have renewed interest in the 2015 case King v. Burwell. In 2017, Barrett told NPR that between Chief Justice John Roberts’ majority opinion and Associate Justice Antonin Scalia’s dissent, “The dissent has the better of the legal argument.” Democrats thus fear Barrett will not treat ObamaCare with due reverence when a new constitutional challenge reaches the Court on November 10. 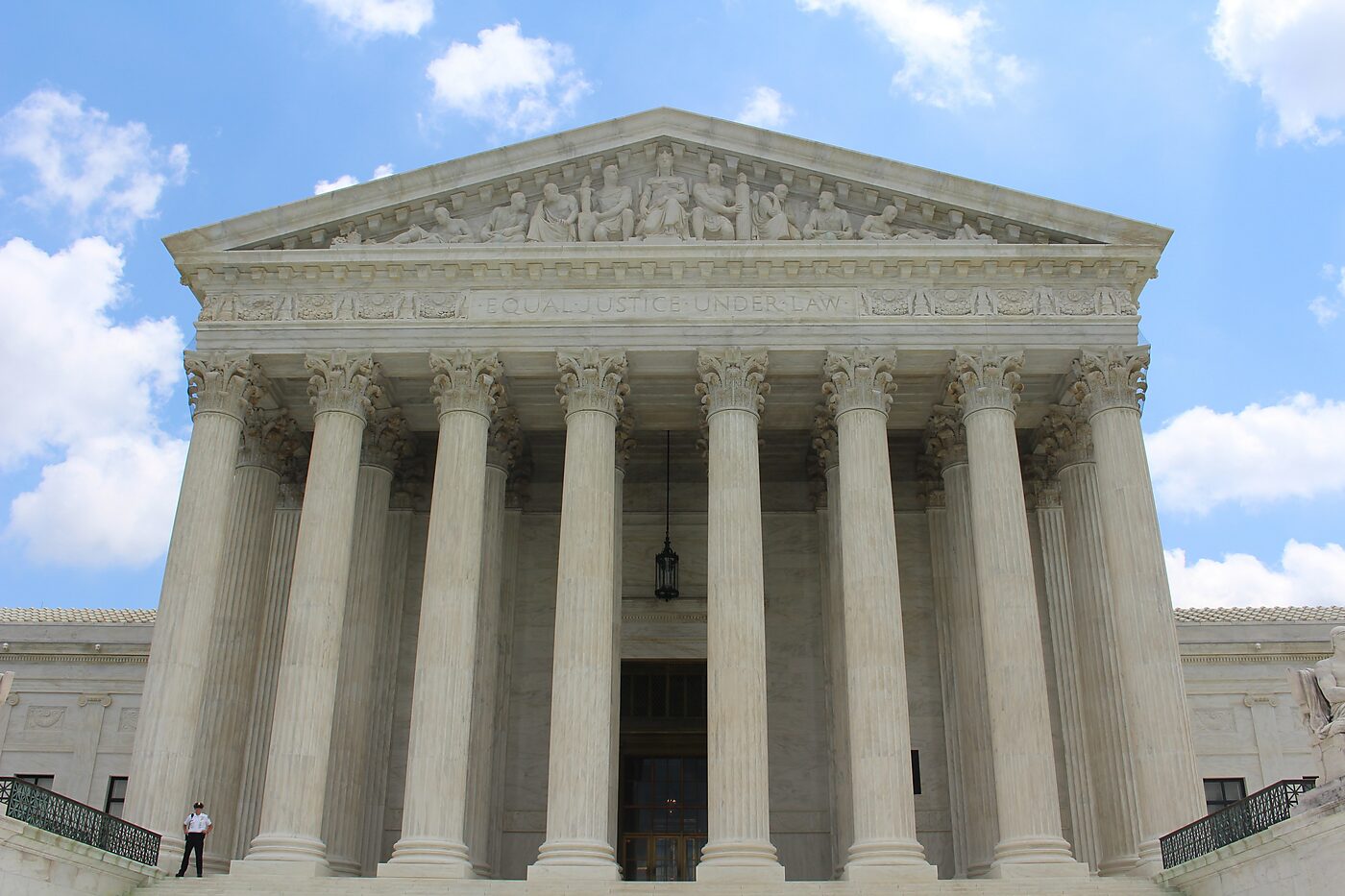 It was unintentionally fitting when, on the third day of hearings, Sen. Amy Klobuchar (D-MN) quoted a 2017 law review article Barrett authored:

Klobuchar claimed the quote describes the upcoming ObamaCare challenge. But it is a better description of King, in which the Obama administration and its supporters pressured six Supreme Court justices to grant them a policy victory they lost fair and square in the political arena.

King concerned whether the ACA authorizes the executive to subsidize health insurance premiums and enforce the individual and employer mandates in states that do not establish a health insurance Exchange. The ACA clearly and consistently authorizes such subsidies (nominally, tax credits), and the mandate penalties they trigger, if a taxpayer enrolls in a qualified health plan “through an Exchange established by the State.” The law directs the federal government to establish Exchanges in states that do not establish one themselves. But nowhere does it authorize subsidies in federally established Exchanges. In effect, the ACA thus empowers states to block the subsidies, the employer mandate, and in many cases the individual mandate simply by not establishing an Exchange.

Not only is that what the ACA says–which is the real test of congressional intent–but all available contemporaneous evidence also shows that is in fact what congressional Democrats understood the law would do. It isn’t even a close call. Even the Obama administration’s most ardent defender acknowledged the ACA “clearly say[s]” subsidies are available only in states that establish an Exchange. During litigation, the Obama administration and congressional Democrats admitted that Senate Democrats wanted to withhold premium subsidies in states that failed to implement the federal regulatory scheme. House Democrats literally complained that the ACA would give states so much power to block its subsidies that “millions of people will be left no better off than before Congress acted.” NPR reported many House Democrats from Texas “worry that because leaders in their state oppose the health bill, they won’t bother to create an exchange, leaving uninsured state residents with no way to benefit from the new law.” What Jonathan Adler and I wrote in 2015 remains true: “to this day, neither the government, nor the Supreme Court, nor anyone else has identified even a single contemporaneous statement of any kind asserting that the ACA authorizes, or that its supporters intended for it to authorize, tax credits in federal exchanges.” Not a single ACA supporter claimed anything different until after critics began to take notice of the powers that this feature gave states to block the law.

If the ACA were not a high‐​stakes, highly controversial law—if it were not the culmination of decades of left‐​of‐​center political activism, or a president’s signature accomplishment, or the event that supposedly gave the United States membership in the club of civilized nations—career executive branch officials would have just implemented the statute as written, and left it to Congress to make any necessary changes.

Yet after Democrats took a “shellacking“ in the 2010 elections—public opposition to the ACA gave Republicans control of the U.S. House of Representatives and three‐​fifths of state legislative chambers, which ultimately led to some 38 states not establishing Exchanges—the Obama administration feared that this feature would give the American people a little too much input into the ACA’s survival. It subsequently announced it would dispense those subsidies and impose those penalties in every state, regardless of what the ACA clearly says.

That decision subjected tens of millions of Americans to taxes from which Congress expressly exempted them, and led multiple states, employers, and individuals to file four separate legal challenges. Plaintiffs in these cases secured victories at both the district‐ and appellate‐​court levels. A circuit split led the Supreme Court to grant certiorari.

On June 25, 2015, after the Obama administration and its allies spent months working the ref, six Supreme Court justices let the administration get away with it. Chief Justice Roberts acknowledged that “the most natural reading of the pertinent statutory phrase” is that the administration could implement the disputed taxes and subsidies only in states that establish Exchanges. He acknowledged his ruling flatly contradicted the words Congress used to speak directly to the question before the Court. Yet he and five justices blessed the administration’s extra‐​statutory (and therefore unconstitutional) taxes and spending. Jonathan Adler and I wrote this detailed critique of Roberts’ opinion. Here’s a summary I wrote later in 2015:

The six‐​justice majority, and the three dissenting justices explicitly agreed on the following points:

Moreover, all nine justices implicitly agreed there is no indication Congress intended anything other than what the operative text says.

King enabled an even greater power grab than the Court knew. The ACA conditions the taxes and subsidies in question not only on states establishing Exchanges, but also on states implementing a reinsurance program, a risk‐​adjustment program, and other elements of the Act’s regulatory scheme. Not a single state even tried to implement all of those aspects of the law–which means the federal government has no statutory authority to implement those taxes and subsidies in any state. As I wrote in 2015:

Had the justices simply upheld the ACA as Congress wrote it, they would have immediately freed 70 million Americans in 34 states from unauthorized taxes, and enabled 30 million Americans in the remaining 16 states (California, New York, etc.) to sue for similar relief — if Congress didn’t provide relief first, which is both likely and how democracy is supposed to work. Instead, the Court allowed the IRS to continue implementing a nationwide system of taxes and entitlements in direct conflict with the words Congress chose to govern the question presented.

To reach the policy outcome it desired, the King Court abandoned the usual rules. Yale law professor Abbe Gluck explains the Court “adopted essentially the opposite” approach from what it had in previous statutory‐​interpretation cases. As attorney Dan McLaughlin observes:

In 2018, the Court, when presented with almost exactly the same issue in a less‐​controversial area of the law, unanimously refused to even so much as cite King as a precedent (even when lower courts in the case had followed it), and reached a directly opposite conclusion.

McLaughlin further notes that the five remaining justices in the King majority abandoned their own reasoning again in a case the Court decided in 2020. The King five all signed on to the following language, which flatly contradicts their reasoning in King:

Those who adopted the [statute] might not have anticipated their work would lead to this particular result. Likely, they weren’t thinking about many of the Act’s consequences that have become apparent over the years…But the limits of the drafters’ imagination supply no reason to ignore the law’s demands. When the express terms of a statute give us one answer and extratextual considerations suggest another, it’s no contest. Only the written word is the law, and all persons are entitled to its benefit.

“In other words,” McLaughlin concludes, “none of the justices who signed onto the King decision actually believed in it.”

Supporters like to say that King upheld the ACA. On the contrary, King tossed out the ACA in favor of something that ACA supporters wish they could have gotten through Congress but couldn’t. It is one of countless unconstitutional executive and judicial revisions that have transformed the statute Congress passed into a law no Congress ever enacted or could have enacted. To defend King v. Burwell is to abandon the ACA in favor of “ObamaCare.”

Thus King v. Burwell is a ruling at war with the idea of law itself. It is a real‐​life example of elites rejecting the idea that the consent of the people should constrain their ability to wield power over the people. It allowed the executive and judicial branches to impose taxes and disburse subsidies that no Congress ever authorized—or could have authorized. It disrespects not only the ACA, but the Constitution, every level of our democracy, the American people, and the idea of law itself. No judicial nominee should ever defend or hesitate to criticize it.