Some more from the new Canadian budget: It has some interesting charts (page 38) comparing U.S. and Canadian labor markets (or "labour" markets as the Canadians would say).

The charts, replicated below, show that by every dimension (total employment, unemployment rates, and participation rates) the Canadian economy has done far better than the U.S. economy in recent years. 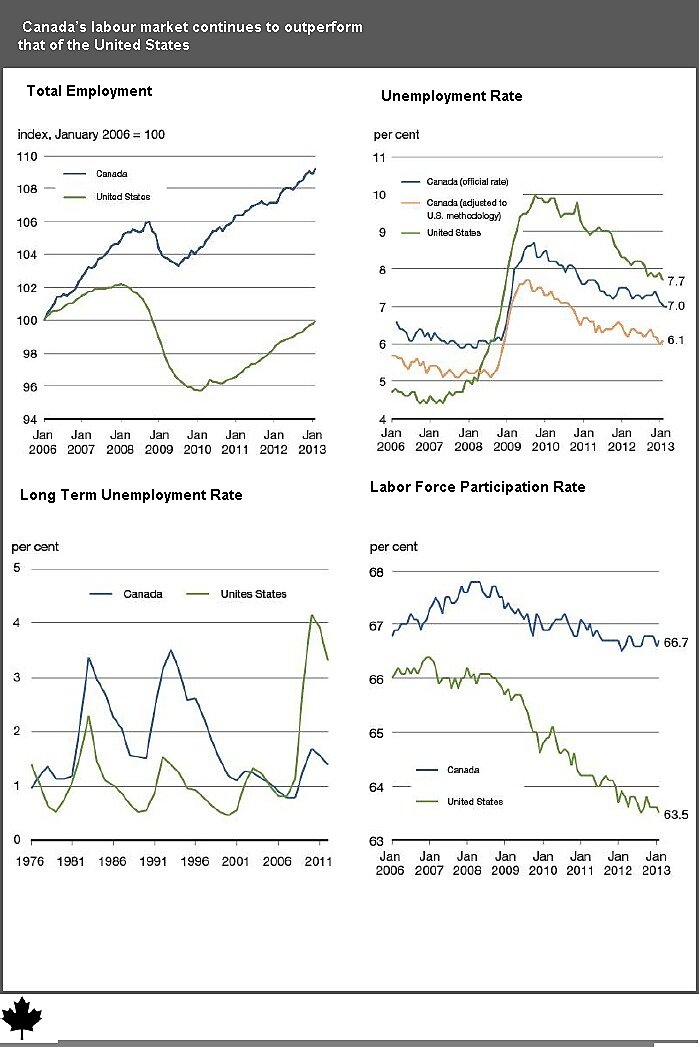 In the United States, policymakers have worked furiously to get job markets moving again, using massive amounts of Keynesian stimulus. I'm not just talking about the 2009 stimulus bill—in Keynesian theory, the whole amount of government deficit spending is supposed to stimulate demand and boost the economy.

Rather than big-government stimulating, the Canadians have pursued corporate tax cuts and other pro-growth policies. Government policies don't determine everything in country economic performance, but the Canadian experience should give pause to U.S. supporters of further Keynesian pump-priming. 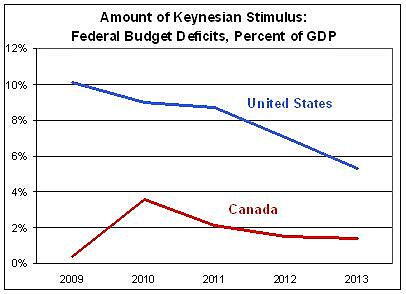