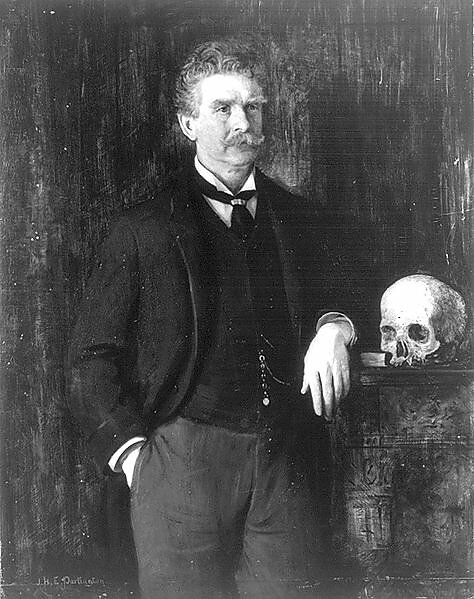 Do yourself a favor and click on over through this link to read Bill Kauffman’s WSJ review of a new edited collection of Ambrose Bierce’s work, including his famous Devil’s Dictionary. As Kauffman writes:

Bierce’s politics amount to an aristocratic libertarianism. “In a republic,” he writes, the rabble are “those who exercise a supreme authority tempered by fraudulent elections.” The “dominant and controlling” tribe in human affairs is that of the “idiot.” A revolution is “an abrupt change in the form of misgovernment.”


Bierce emerges from his dictionary not so much a misanthrope as a man who expects the worst and makes the best of it. He possesses a marvelously large vocabulary, which he deploys with Menckenesque glee. Why say “war of words” when you can use “logomachy”? Most of all, Bierce offers the pleasure of lacerating wit, felicitously phrased.


This welcome omnibus, rather than supplying a concluding sentence to the story of Ambrose Bierce, reintroduces a fantastically imaginative and unflappable cynic to an America that needs acutely honest humor now more than ever.

I may have to replace my yellowed old copy of Dictionary, which has tick marks just in the letter “P” section next to Bierce’s definitions of politics (“A strife of interests masquerading as a contest of principles. The conduct of public affairs for private advantage.”) and presidency (“The greased pig in the field game of American politics.”) But perhaps the highlight is his take on patriotism: “Combustible rubbish ready to the torch of any one ambitious to illuminate his name. In Dr. Johnson’s famous dictionary patriotism is defined as the last resort of a scoundrel. With all due respect to an enlightened but inferior lexicographer I beg to submit that it is the first.”