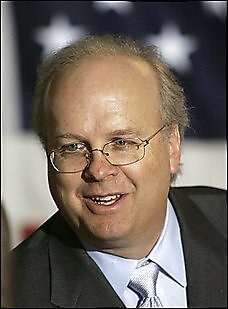 Even though I’ve been in Washington for almost 25 years, I still get shocked by the deceit and double‐​talk that characterizes this town. A perfect example can be found in today’s Wall Street Journal, which features a column by Karl Rove attacking President Obama for fiscal incontinence. I’m a big fan of condemning Obama’s big‐​government schemes, but Rove is the last person in the world who should be complaining about too much wasteful spending. After all, he was the top adviser to President Bush and the federal budget exploded during Bush’s eight years, climbing from $1.8 trillion to more than $3.5 trillion. More specifically, Rove was a leading proponent of the proposals that dramatically expanded the size and scope of the federal government, including the no‐​bureaucrat‐​left‐​behind education bill, the two corrupt farm bills, the two pork‐​filled transportation bills, and the grossly irresponsible new Medicare entitlement program.


Not surprisingly, Rove even tries to blame Obama for some of Bush’s overspending, writing that “…discretionary domestic spending now stands at $536 billion, up nearly 24% from President George W. Bush’s last full year budget in fiscal 2008 of $433.6 billion. That’s a huge spending surge, even for a profligate liberal like Mr. Obama.” This passage leads the reader to assume that Obama should be blamed for what happened in fiscal years 2009 and 2010, but as I’ve already explained, the 2009 fiscal year started about four months before Obama took office and 96 percent of the spending can be attributed to Bush’s fiscal profligacy. Yes, Obama is now making a bad situation worse by further increasing spending, but he should be criticized for continuing Bush’s mistakes.


Rove then has the gall to complain that Obama is “…growing the federal government’s share of GDP from its historic post‐​World War II average of roughly 20% to the target Mr. Obama laid out in his budget blueprint last February of 24%.” Yet a quick look at the budget data shows that the burden of federal spending jumped from 18.4 percent of GDP when Bush took office to more than 25 percent of economic output when he left office. Even if the (hopefully) temporary bailout costs are not counted, Bush and Rove are the ones who deserve most of the blame for today’s much larger burden of government. It should be noted, by the way, that none of the new spending under Bush was imposed over his objection. He did not veto any legislation because of excessive spending.


Finally, Rove concludes by writing that, “After a year of living in his fiscal fantasy world, Americans realize they have a record deficit‐​setting, budget‐​busting spender on their hands.” I’m almost at a loss for words after reading this sentence. All during the Bush years, I would complain to people in the Administration about wasteful spending. It didn’t matter whether I was talking to people at the Office of Management and Budget, the Council of Economic Advisers, the Treasury Department, or the National Economic Council. They almost always expressed sympathy for what I was saying, and then complained that the decisions were being made by the “White House political people.”


There’s an old joke about chutzpah and it features a guy who murders his parents and then asks the court for mercy because he’s an orphan. Karl Rove has taken the joke to the next level, but there’s nothing funny about the consequences for America.