Kamala Harris on Immigration from a Libertarian Perspective

Senator Kamala Harris is Joe Biden’s pick for vice president. The vice president could play a more important role on immigration than in prior presidencies, so it’s important to understand Sen. Harris’s plans on this issue. From a libertarian perspective, legalizing the act of crossing borders should be the main focus of immigration reform, not merely legalizing those who have already done so. While she generally agrees with making legal immigration easier, Sen. Harris clearly disagrees with the libertarian prioritization of the issue.

Overall, Harris generally adopts the same pro‐​immigration agenda of Biden. But in the primaries and now, Biden’s plan was more clearly pro‐legal immigration than Harris whose plan barely mentions the subject. Her plan mostly details how she would use executive authorities to allow illegal immigrants to obtain legal status or deferred action. This reflects the majority of her time in the Senate, which has focused mainly on the treatment of illegal immigrants in the United States. This is a reversal from her time as a prosecutor where she worked with ICE to deport juveniles who were not charged with a felony. 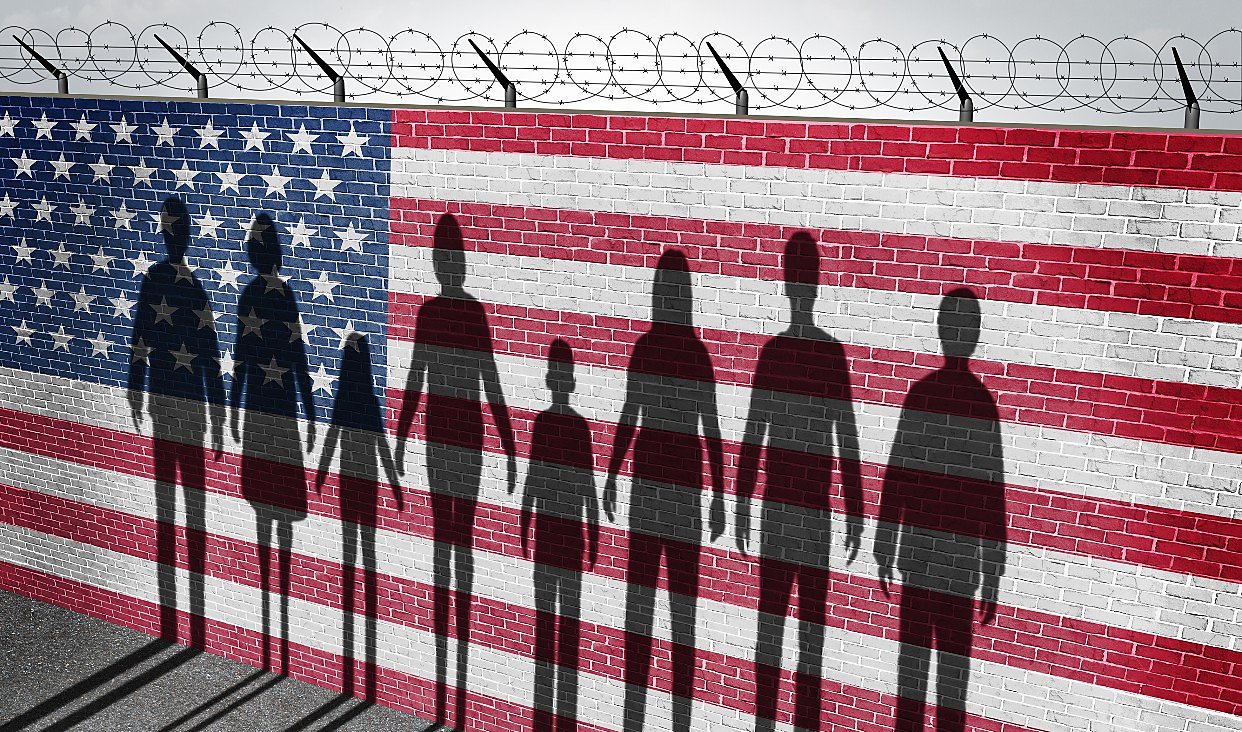 On legal immigration, she wrote only that “she’ll reverse President Trump’s Muslim Ban on Day One and fix the family visa backlog.” The family visa backlog has nearly 4 million immigrants in it, but Harris didn’t explain what her “fix” would be. Biden has suggested exempting some categories from the caps and providing temporary visas to those in the backlog so that they can wait in the United States.

She is the lead Democrat sponsoring the Fairness for High Skilled Immigrants Act in the Senate. The legislation—which I have written about in detail—would repeal the employment‐​based country caps that cause Indian foreign workers to face a near century long wait for a green card. The fact that she was willing to sponsor this bill demonstrates a level of awareness about the problems facing skilled legal immigrants. She was also an original cosponsor of the NO BAN Act (which I have written about here) that restricts presidential authority to ban legal immigrants.

There are some points of concern. Her focus on executive action may imply that she believes a Biden administration should be less willing to compromise with Congress to make a deal. She was also one of just three Democrats to vote against a bipartisan immigration bill in the Senate in 2018 that would have given President Trump congressional appropriations to build his border wall in exchange for a path to citizenship for most immigrants brought to the United States as children. Then‐​Vox reporter Dara Lind correctly called it the Senate’s “last best hope” for immigration reform. The bill failed by 6 votes.

She has also basically said that she will act on behalf of labor unions, stating a “commitment to fight for organized labor.” This is concerning because labor unions vehemently oppose all forms of temporary worker programs, which are the primary or, for unskilled workers, the only means for foreign workers to enter the United States for work. She led an effort to stop the Trump administration’s only mildly pro‐​immigration reforms of the H-2A program and has introduced legislation to require all farmers to pay overtime to farm workers.

On the other hand, Biden’s plan called the current temporary workers “cumbersome, bureaucratic, and inflexible” and promised to protect or expand them (with normal caveats about protecting U.S. workers).

She also advocates an increase in the federal minimum wage to $15 per hour, which the Congressional Budget Office and others have found would destroy 1.3 million low‐​skilled jobs—disproportionately among immigrant communities. It would price out many future immigrants from being able to come to the United States to work legally. California’s high minimum wage is likely one reason why its share of the illegal population has halved since 1990.

Harris also advocates for expanding Medicare to include all illegal and legal immigrants—a policy that Biden opposes—in her Medicare for All plan (also opposed by Biden). There is some evidence that expansion of welfare benefits makes no difference to poverty rates among immigrants. There’s also evidence that government health insurance has no significant effects on health outcomes, despite increasing usage. This policy is anathema not only to conservatives, but moderate Republicans and libertarians as well. If she insisted on it, it would doom any compromise on immigration (as a similar health care issue did in the House in 2013).

Harris’s criminal justice record as a prosecutor was also extremely poor from a libertarian perspective, and given the criminalization of various immigration violations, this could be important as well. While she mostly disavows this record today, she still touts her prosecution of employers who—in her words—“exploit” illegal immigrant workers, but often that can amount to simply denying immigrants the ability to work for anyone.

Overall, Harris will likely advocate for the rights of immigrants already in the United States to live and work here without federal interference. She would push Biden to immediately undo all the harm the current president has done to the legal immigration system. But she hasn’t shown much interest in fixing the legal immigration system, and her positions toward guest workers are concerning. Her votes on Dreamers in 2018 indicate an unwillingness to compromise even when her own party wants her to. Her executive action plans and extreme left policies on health care make it uncertain whether she would be willing to compromise with Congress to make permanent changes that benefit immigrants and Americans.