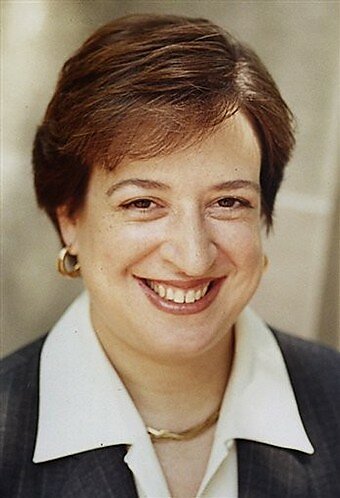 As expected, and despite an exhaustive review of shortlist candidates, dead-end leaks about Hillary Clinton, and other distractions, President Obama settled on the long-time prohibitive favorite to be his next Supreme Court nominee.  Elena Kagan became the justice-in-waiting the moment Sonia Sotomayor was confirmed, so you didn’t have to be Tom Goldstein to have predicted this.  The president wanted a highly credentialed non-judge who would serve for a long time and wouldn’t cost too much political capital.  He got a 50-year-old solicitor general and former dean of Harvard Law School – the first female in each post – whose record the Senate (and media, and activists) already examined in a confirmation process that put her into her current post.  That her appointment would put three women on the high court for the first time also doesn’t hurt.

Kagan is certainly not the worst possible nominee from among those in the potential pool – that would’ve been Harold Koh, had President Obama been most inclined to appoint the first Asian-American justice – but others would have been better in various ways.  Although all Democratic nominees would be expected to have similar views on hot-button “culture war” issues like abortion, gay rights and gun control, Diane Wood is a renowned expert on antitrust and complex commercial litigation, for example, and Merrick Garland would almost certainly bring a stronger understanding of administrative law.  Although some on the left are concerned that replacing Justice John Paul Stevens with Kagan “moves the Court to the right,” there is no indication that the solicitor general is anything but a standard modern liberal, with all the unfortunate views that entails on the scope of federal power.  Another concern is her mediocre performance in her current position – the choices of which legal arguments to make from those available to her in defending federal laws in Citizens United and United States v. Stevens, for example, were not strategically sound – though she may well be better suited to a judicial rather than advocacy role.

In any event, with Democrats still holding a 59-seat Senate majority, Elena Kagan’s confirmation is in no doubt whatsoever.  The more interesting aspect of the next couple of months, culminating in hearings before the Judiciary Committee, will be the debate over the meaning of the Constitution and what limits there are to government action.  In an election year when a highly unpopular and patently unconstitutional health care “reform” was rammed through Congress using every procedural gimmick imaginable, voters are more sensitive to constitutional discourse now than they have been in decades.  From bailing out the financial and auto industries to fining every man, woman and child who doesn’t buy a government-approved health insurance policy – and, coming soon, regulating carbon emissions – the Obama administration is taking over civil society at a rate that alarms Americans and fuels both Tea Party populism and interest in libertarian policy solutions (which Cato is happy to offer but wishes were implemented on the front end instead of being invoked as a response to destructive statism).  The Kagan nomination is the perfect vehicle for a public airing of these important issues.

Senators should thus ask questions about the meaning of the Commerce Clause, the Necessary and Proper Clause, and the General Welfare Clause, to name but three provisions under which courts have ratified incredible assertions of federal power divorced from those the Constitution discretely enumerates.  If Elena Kagan refuses to answer such queries substantively – employing the usual dodge that she may be called upon to interpret these clauses as justice – we can rightfully hold that response against her, as she herself counseled in a law review article 15 years ago.