But for conservative‐​backed legislation with such a focus on accountability, there is an obvious and glaring omission — unlike the Amash‐​Pressley bill in the House or the Democrats’ Justice in Policing Act, the JUSTICE Act does nothing to eliminate or even address the doctrine of qualified immunity. The bill introduces several mechanisms geared at incentivizing police departments to police themselves, but it ignores entirely the cornerstone of our near‐​zero accountability policy for law enforcement, which is qualified immunity. By rewriting our primary federal civil rights law to protect officials who violate people’s constitutional rights, the Supreme Court severely undermined both the deterrent and remedial effects of that statute. Until and unless Congress fixes the Court’s mistake, these other “accountability” measures will ring hollow, because police officers will still be able to violate them with impunity.

Nevertheless, while it’s certainly discouraging that the Republicans’ initial bill did not address qualified immunity, it’s also clear that many members of the caucus are keenly aware of the problem. In the House, Representative Justin Amash (L-MI) made waves with the “tripartisian” End Qualified Immunity Act, which is co‐​sponsored by Tom McClintock (R-CA). Also, Will Hurd (R-TX), a former CIA officer, recently published an op‐​ed saying that Congress needs to “[c]larify federal law to ensure officers can be held accountable in court for violating civil rights,” noting how qualified immunity “often shields abusive officers.”

In the Senate, many other Republicans have already telegraphed a willingness to address qualified immunity. A couple weeks ago, Rand Paul (R-KY), while discussing an anti‐​lynching bill, proposed that Congress “could immediately consider addressing qualified immunity and ending police militarization.” Mike Lee (R-AZ) suggested at yesterday’s Judiciary Committee hearing that Congress “should consider making changes to qualified immunity,” correctly noting that the “clearly established law” standard isn’t currently working. Senator Lindsey Graham (R-SC) has expressed interest in reconsidering qualified immunity, noting that “[i]f you’re subject to being sued, you act differently than if you’re not. Let’s take a look at it.” And Mike Braun (R-IN) has also begun talking with his caucus about abolishing the doctrine, declaring its time for his party to show that when it comes to police reform, they “mean business.” 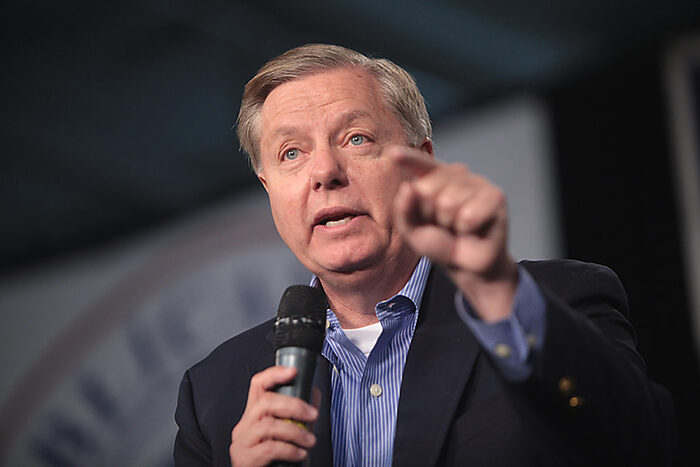 As the legislative process continues to unfold over the coming weeks, qualified immunity must be a top legislative priority — especially because the Supreme Court has demonstrated its unwillingness to fix the very mess that it made. But even though the current version of the JUSTICE Act fails to address qualified immunity, there are definitely lots of Republicans who realize just how much this lawless doctrine contributes to our culture of near‐​zero accountability for law enforcement.