Jones Act shipping is expensive. So much so that, as a new Cato Institute video points out, it actually competes with aircraft on the island of Hawaii for transporting cattle to the mainland.

But the costly nature of Jones Act shipping is only one of the video's key lessons. Another is the lack of appropriate ships to support such trade and the inefficiencies this creates. In a more economically rational world, Hawaiian cows would be sent to the West Coast aboard specially designed livestock carriers. 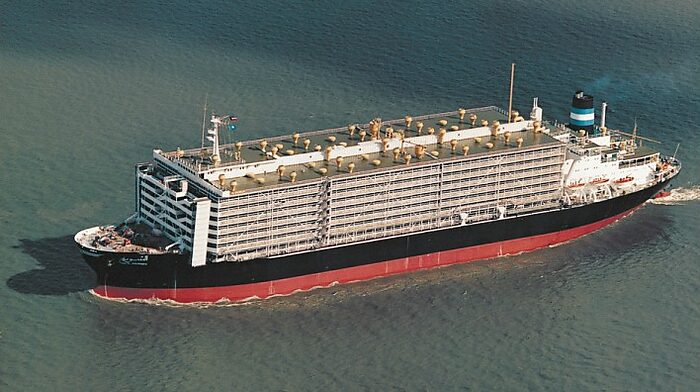 But none exist in the Jones Act fleet, so ranchers in Hawaii make do with makeshift solutions such as using 747s or specialized containers placed aboard ships known as "cowtainers"—economic kludges not found anywhere else in the world.

As Sarah Moore of the Kealia Ranch points out, "The United States hasn't been able to maintain a fleet that we need to support the amount of trade that goes on, especially in the agricultural trade."

Beyond livestock carriers, other ship types are entirely absent from the Jones Act fleet as well. There are no bulk liquefied natural gas carriers, for example, nor liquefied propane gas carriers.

And even when ships do exist, they may be old or few in number. Or both. The oceangoing Jones Act fleet has a grand total of two bulk carriers, one of which was built in 1980 and the other in 1981 (To place these build dates in context, Maritime Administrator Mark H. Buzby said in a congressional hearing last week that "it's rare in the commercial world to see a ship beyond about 15-20 years" of age).

The United States features a nearly $20 trillion economy with vast agricultural and energy sectors, thousands of miles of coastline, and several non-contiguous states and territories. Given such characteristics, it seems logical the country's waters would be teeming with coastwise trade conducted by ships of every specialized type imaginable. Instead, we have flying cows and cowtainers.

The current paradigm isn't working. At a minimum, major reforms are needed.