It’s a “solemn” and “sad” affair, impeachment: there are so many reasons to wear black. That’s what the pols and pundits tell us, anyway. Tonight’s House vote will unleash a host of plagues: stoking partisan furies, rattling the markets, and— worst of all from this town’s perspective—distracting Congress and the president from doing “the people’s business.” We’re in for a period of “squandered months during which official Washington is pulled apart,” U.S. News’s Kenneth Walsh warned in late September: brace yourself for “The Coming Impeachment Paralysis”! 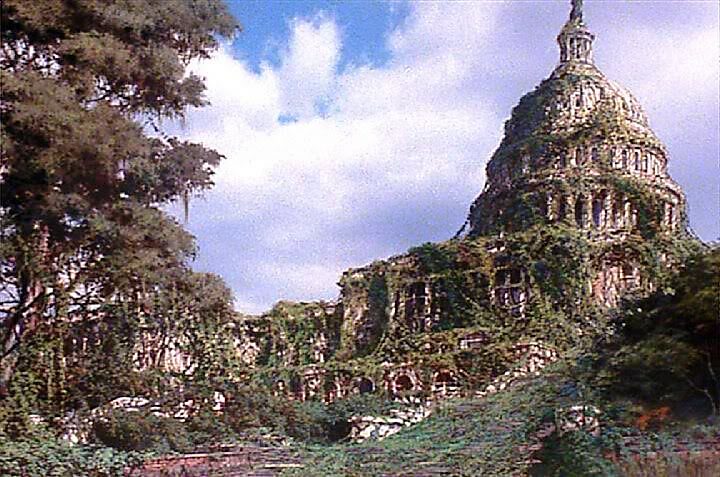 Some of us don’t find that prospect particularly terrifying, but your mileage may vary. In any case, after last week’s legislative onslaught, can we finally put this particular hobgoblin out to pasture—or wherever it is that worn‐​out hobgoblins go? For better or worse, it’s just not true that “nothing gets done” during an impeachment.

“Hidden by impeachment: ‘One of Trump’s best weeks yet,’” the Washington Examiner’s Paul Bedard crowed on Friday. In the midst of the impeachment drive, the president just keeps putting points on the board, including “a new U.S.-Mexico-Canada trade deal,” confirmation of his 50th appellate judge, “government family leave,” and—cue “Also Sprach Zarathustra”—Space Force! The New York Times hailed the $738 billion “defense” bill, which includes paid parental leave for over 2 million federal workers, as “part of a year‐​end burst of bipartisan legislating that has broken out this week, even as the Democratic‐​led House moves toward impeaching Mr. Trump.”

That impeachment paralyzes the government isn’t true now, and it wasn’t true in past impeachment struggles either. The 93rd Congress passed, and Richard Nixon signed, four major bills in between the House’s formal approval of the inquiry in February 1974 and the president’s resignation six months later. One of those laws, the Impoundment Control Act, you may have heard about in recent weeks: President Trump may have broken it when he held up military aid to Ukraine this summer. Of course, Watergate became all‐​consuming before the House voted for an impeachment inquiry. If you start the clock closer to when Nixon’s troubles really took off—say with the Saturday Night Massacre in late October ’73—you can add another half‐​dozen, including the War Powers Resolution (passed over Nixon’s veto) and the Endangered Species Act.

More recently, President Clinton signed four major bills during his impeachment “journey,” even while soul‐​searching for “the rock‐​bottom truth of where I am and where we all are,” after his fling with an intern. In October 1998, the “people’s business” included the Children’s Online Privacy Protection Act, the Digital Millennium Copyright Act, and the Iraq Liberation Act. For my money, the people would’ve been better off without most of those, particularly the latter, which became a vital talking point for Iraq hawks in the run up to George W. Bush’s disastrous war. But if, like House Minority Leader Kevin McCarthy, you measure legislative “productivity” in terms of big bills passed, that was a fairly productive session.

It’s true, nothing much is likely to get done for a month or so after the holidays, while the Senate holds President Trump’s impeachment trial. “The legislative and executive business of the Senate shall be suspended” while it’s ongoing, per the Senate Rules. But maybe we could use a break.