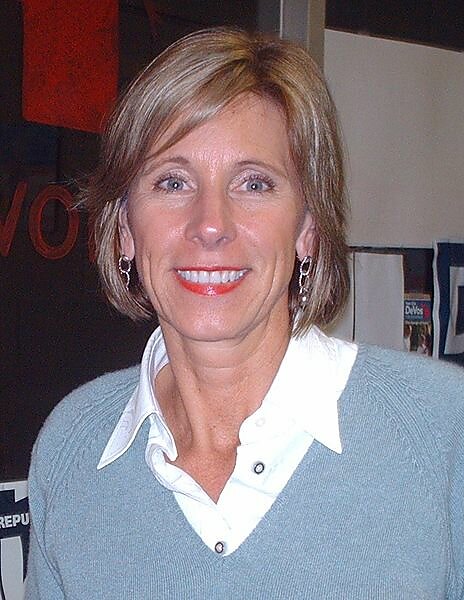 Betsy DeVos, who has long championed private and charter school choice, has been named the next U.S. Secretary of Education. On the spectrum of education policy people, her support for choice puts her well on the correct side. But I have concerns: especially that President‐​elect Trump will see Ms. DeVos — or that she will see herself — not just as the education department head, but rather as the national education boss.


As I wrote yesterday, even though choice is great, it is not something people should want Washington providing. Nor — outside of the DC voucher program, military families, and maybe Native American reservations — is it something that the feds can constitutionally provide. My fear is that DeVos and Trump might not recognize the myriad problems with taking private school choice national. More concerning, the American Federation for Children, which DeVos chairs, has tended to favor more rules and regulations on choice than I would prefer. That could become a much bigger concern were rules and regs attached to national‐​level vouchers.


Then there’s the Common Core. DeVos has written that she does not support it, but some organizations she has backed have. She says she wants high standards, but indicates that she thinks they should be local, or at least “driven by local voices.” Assuming that means she will brook no federal influence over state standards — and I’m not sure her statement is entirely clear on that — that’s good news. The Common Core should thrive or die based on proving its worth, and people freely choosing it. You couldn’t get much further from that than the federal coercion used to get states to adopt it in the first place.


Another worry is that I have no idea where DeVos stands on early childhood or higher education issues, and the latter, especially, is gigantic, with Washington furnishing tens‐​of‐​billions of dollars in student loans, among other higher ed matters. DeVos will essentially be taking over a hugely bureaucratic lending company — with lots of regulatory power — that on a day‐​to‐​day basis could prove to be a far greater burden than she expected.


Finally, where DeVos could do immediate good is in rescinding — or something akin to that — “Dear Colleague” letters that have, for instance, pushed colleges to curb legal protections for students accused of sexual assault or harassment, or tried to force national decisions on controversial issues that involve competing rights and concerns, most notably bathroom and lockerroom access. Washington has a role in combatting discrimination by state and local governments, but should tread much more lightly.


It is good news that there will be a proven school choice champion holding the highest‐​profile education job in the land. But it needs to be absolutely clear that that does not make Betsy DeVos the national education boss.