What, Me Worry…about the Secretary of Education? 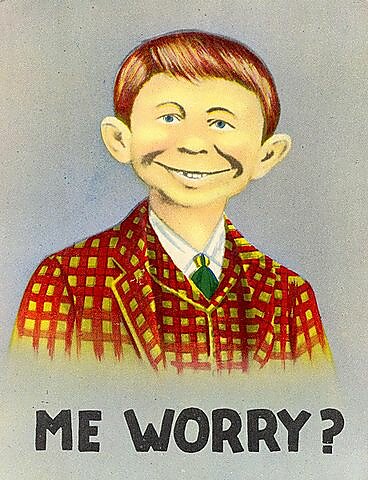 As it is for all areas in which the federal government trods—which seems to be, essentially, all areas of everything—in education the big worry right now is who will be the next U.S. Secretary of Education. I worry about that, too, but much more for what the selection will signal about the incoming administration than what the eventual secretary might choose to do.


The secretary—whoever he or she is—will almost certainly take their orders from people above them. Sure, the secretary will likely provide a lot of education guidance and advice to the president, but they will not—or at least should not—be the ultimate decision maker. Former Obama education secretary Arne Duncan, for instance, presided over deplorable baskets full of stuff I didn’t like, but I’ve never seen any indication he’d gone rogue, driving policies his boss did not support.


Whether President‐​elect Trump chooses hard-charging—but Common Core supporting and school‐​choice doubting—Michelle Rhee, or Core‐​despising transition team member Williamson Evers, the primary concern should be what the selection indicates about the administration’s priorities, not what the ed sec might personally like. Were a Secretary Rhee inclined to incentivize states to keep Common Core, but her boss opposed that, Rhee might not energetically do what Trump wants, but it’s hard to imagine her driving an opposing policy.

Perhaps more important, from libertarian, constitutional, and just plain policy perspectives, we shouldn’t want the administration even promoting things we like. Trump has proposed spending $20 billion to incentivize more school choice. I love choice! But outside of Washington, DC—where the feds should absolutely take the voucher program off the perpetual kill list—and military installations, the feds have no constitutional authority to promote school choice. Nor should we want them to: What happens when some future administration has private schools addicted to federal dollars, and along comes the next Common Core? So long, meaningful choice!


The only thing that should quell the worries of a libertarian—or anyone acquainted with the dreary track record of federal education meddling—is the appointment of a secretary committed to phasing out all federal education programs, and locking his or her office door…forever. Anything else means the administration doesn’t understand what the federal education role should be: basically, nothing.