Is it True that 40% of Americans Can’t Handle a $400 Emergency Expense?

Governor John Hickenlooper, writing in The Wall Street Journal, repeats a misleading interpretation of one answer to a Federal Reserve poll question that is frequently used to suggest many Americans are in dire financial straits: “Forty percent of Americans in 2017 didn’t have enough savings to cover a $400 medical emergency or car repair, according to the Federal Reserve.”


But that is not the question that was asked, and it certainly is not the answer.


The question was about how people would choose to pay a $400 “emergency expense” — not whether or not they could pay it out of savings (or checking) if they wanted to. Respondents were also free to choose more than one way of paying the extra $400 (“please selects all that apply”), so the answers add up 143% rather than 100%. Even if 100% said they could pay an extra $400 with cash, there could still be more than 40% who would choose a different method.


It turns out that 86% would pay cash or charge it and then pay off the bill at the next statement (many consumers autopay credit card bills from checking accounts). Some (11%) said they might borrow some or all of it from a friend or family member, but that probably means a spouse or parent in most cases (respondents included full‐​time students).


Report on the Economic Well‐​Being of U.S. Households (SHED) 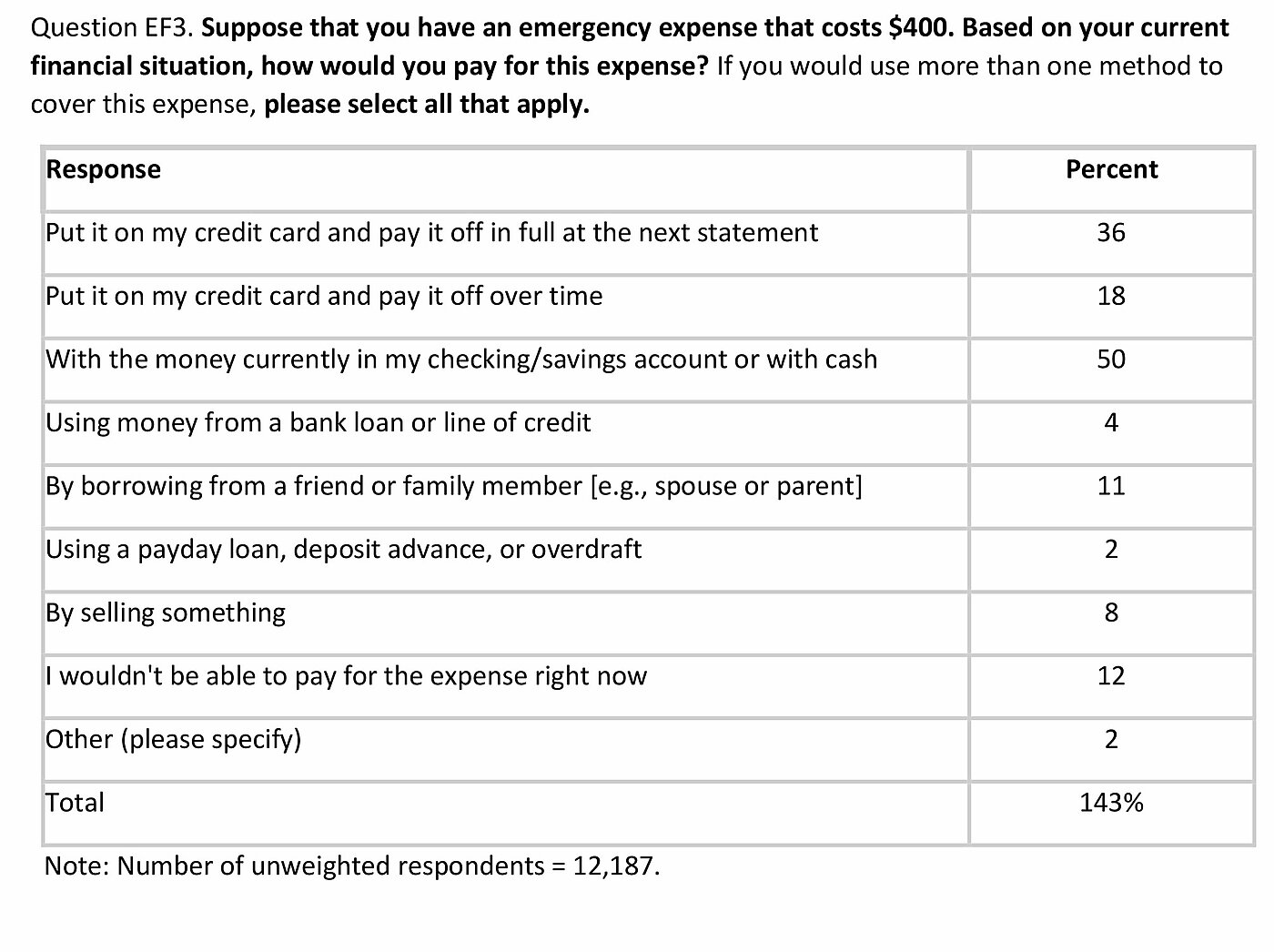 A related follow‐​up question asked if a $400 “emergency expense” would prevent paying all other bills in full an on time, and 85% said it would not.


Question EF5B. How would a $400 emergency expense that you had to pay impact your ability to pay your other bills this month


There are many credible ways to measure economic well‐​being (such as real after‐​tax income and/​or wealth), but giving a few thousand people a multiple‐​choice exam about how they might prefer to pay an unexpected $400 expense is not one of them.