Chris Edwards showed that the Internal Revenue Service’s budget has been soaring and the main culprit is refundable tax credits. The magnitude of refundable tax cuts is obfuscated in the IRS’s budget because only the refunded portion of the credit shows up as an outlay —the rest is recorded as a reduction in revenues.


The Congressional Budget Office released a handy report on refundable tax credits in January. The following table from the report shows the entire magnitude of the tax credit, separating between the refunded portion (outlays) and the reduction in revenues: 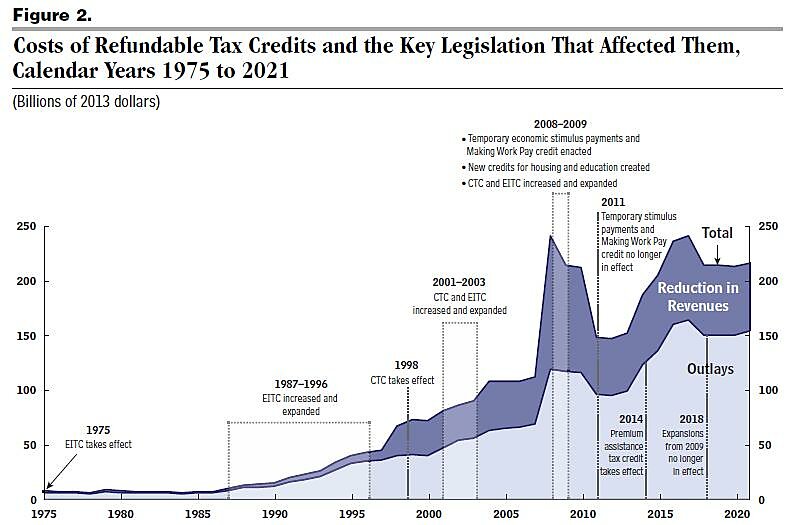 As Chris noted, the figure has dropped in recent years with the expiration of temporary “stimulus” tax credits. However, the upward trajectory is projected to resume due to refundable tax credits in the Affordable Care Act (a.k.a, Obamacare).