With all eyes on the Supreme Court, whose ruling on ObamaCare’s individual mandate could come as early as today, almost no one noticed that last month the IRS imposed an illegal tax on employers of up to $3,000 per worker. 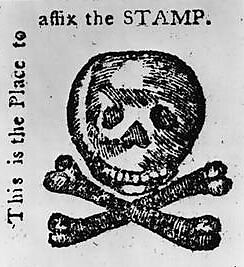 Jonathan Adler and I explain in today’s USA Today that this illegal tax is the indirect but very real result of the IRS offering ObamaCare’s tax credits and subsidies in health insurance “exchanges” created by the federal government, even though ObamaCare restricts those entitlements — explicitly, laboriously, and unambiguously — to Exchanges established by states.


That illegal action has the effect of imposing ObamaCare’s $2,000-$3,000 per worker tax (i.e., the “employer mandate”) on employers who otherwise would be exempt (i.e., employers in states that do not create an Exchange). Perhaps President Obama thought “taxation without representation” would be a winning campaign slogan.


If the Supreme Court fails to strike down ObamaCare’s employer mandate, Exchanges, and health insurance tax credits and subsidies, this thoroughly unconstitutional IRS rule will begin illegally taxing employers in 2014.


Reps. Scott DesJarlais (R-TN) and Phil Roe (R-TN) have introduced a resolution under the Congressional Review Act that would block the rule. Barring that, expect more angry employers to haul ObamaCare into federal court.