I'm not a big fan on international bureaucracies, particularly the Paris-based Organization for Economic Cooperation and Development. The OECD, funded by American tax dollars, has become infamous for its support of statist pro-Obama policies.

But I'm a policy wonk, so I'll admit that I often utilize certain OECD's statistics. After all, if numbers from a left-wing organization help to advance the cause of liberty, that makes it harder for opponents to counter our arguments.

With that being said, let's look at some truly remarkable statistics from the OECD website on comparative living standards in industrialized nations. This chart shows average levels of individual consumption (AIC) for 31 OECD countries. There are several possible measures of prosperity, including per-capita GDP. All are useful, but AIC is thought to best capture the well-being of a people.

As you can see from this chart, the United States ranks far ahead of other nations. The only countries that are even close are Norway, which is a special case because of oil wealth, and Luxembourg, which also is an outlier because it is a tiny nation that also serves as a tax haven (a very admirable policy, to be sure).

At the risk of making an understatement, this data screams, "THE U.S. SHOULD NOT BECOME MORE LIKE EUROPE." 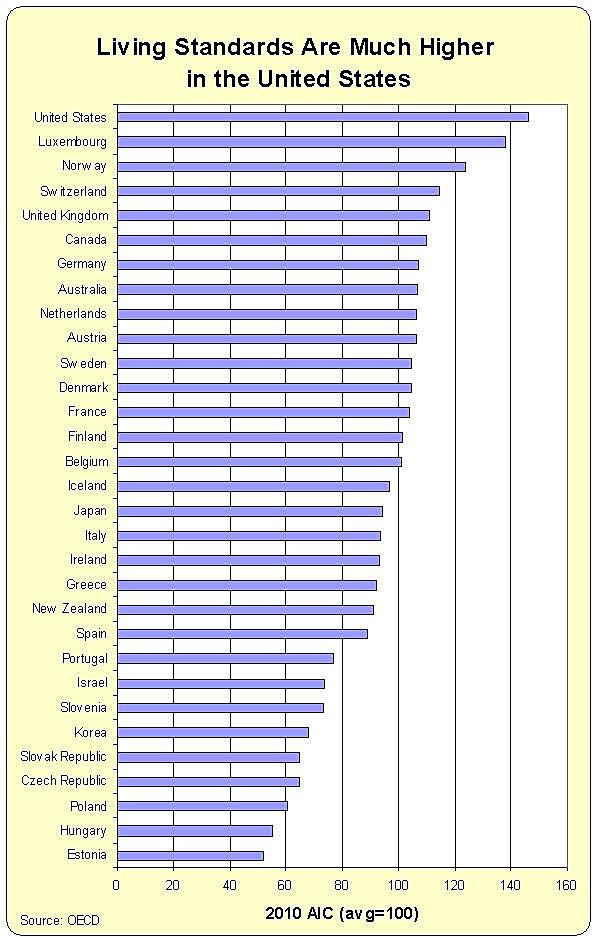 For all intents and purposes, Americans are about 40 percent better off than their European counterparts, in part because we have less government and more economic freedom.

Yet Obama, with his plans to exacerbate class-warfare taxation and further expand the burden of government spending, wants America to be more like nations that have lower living standards.

And don't forget European living standards will presumably fall even further - relative to the U.S. - as the fiscal crisis in nations such as Greece, Spain, and Italy spreads to other welfare states such as France and Belgium

Here's another chart that looks at the G-7 nations. Once again, the gap between the U.S. and the rest of the world is remarkable. 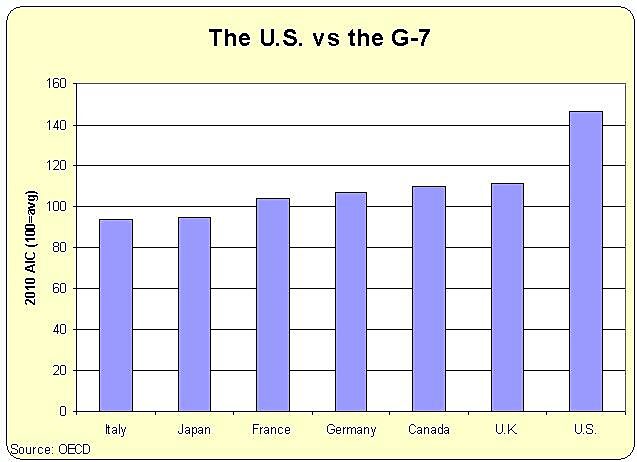 Getting there is simple. Just reduce the size and scope of government.