My friend (and noble peacemaker) Spencer Ackerman points us to Tom Ricks’ take on the Army’s new stability operations manual: 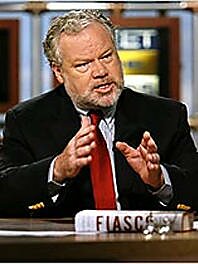 I wonder if the very title of the manual is incorrect. After all, we didn’t invade Iraq to provide stability, but to force change. Likewise in Afghanistan. And once we were there, we didn’t aim for stability, but to encourage democracy, which (the thought is not original with me) in a region like the Middle East generally undermines stability. I mean, if all we wanted was stability, why not find a strongman and leave?


What we really are doing in Iraq and Afghanistan, I think, is instability operations… Personally, I think the mission of changing the culture of Iraq was nuts — but that was the mission the president assigned the military.


I think a more intellectually honest title for the manual would be “Revolutionary Operations.” Don’t hold your breath.

Ricks is right, but he misses a larger problem. The argument of the folks who want to develop COIN capabilities has become completely circular.


Take, for example, the worry of Lt. Gen William Caldwell, in unveiling the original release of FM 3–7, that we live in an “era of uncertainty and persistent conflict.” Accordingly, says Caldwell, we need capabilities to produce stability. Hence, the stability operations field manual.


This elides the fact that if we had to take an impartial look at where the instability is coming from, a hell of a lot of it is emanating from Washington, DC. Our Rube Goldberg political science theories, based in large part on liberal international relations theory, have led us to knock over governments and pursue radical transformation everywhere from Latin America to Eastern Europe to the mountains of Central Asia, the jungles of Vietnam, and the sands of Iraq.


Then, when confronted with the wreckage of our policy, we convince ourselves that we are gravely threatened by the instability we have created, and must enhance our capabilities to rectify this instability. Less kindly, it’s like the Tennessee Valley Authority with guns, Humvees and translators.


Look at the new “whole‐​of‐​government” counterinsurgency guide, for example. The issuance of the volume was predicated on the logically‐​true‐​but‐​practically‐​misleading claim that “in today’s world, state failure can quickly become not merely a misfortune for local communities, but a threat to global security.” (emphasis mine) The COIN manual then quickly proceeds to tell us that any decision to do COIN “should not be taken lightly; historically COIN campaigns have almost always been more costly, more protracted and more difficult than first anticipated.” Then it quickly becomes a cookbook on how to use the Agriculture, Treasury, and Transportation Departments to transform the way foreigners run their countries.


My colleague Ben Friedman recently remarked that “Both Creighton’s Abrams’ reforms ensuring that the president had to activate the reserves to start a war and the Weinberger‐​Powell doctrine were sneaky usurpations of authority. They were also realistic efforts to avoid bad wars and on balance good things.” He’s right. It would be good if we were devoting a tenth the resources toward stopping the next policy disaster as we are devoting to figuring out how to execute self‐​destructive policies more effectively.


In short, if, as the leading COIN advocate of the moment tells us, the best way to fight the “war on terrorism” is by engaging in a “global counterinsurgency,” we’re in deep, deep trouble. As long as the only people who can stop us are ourselves, I’m afraid we won’t be stopped.


Power, as Karl Deutsch once wrote, is “the ability to talk instead of listen. In this sense, it is the ability to afford not to learn.” And we’ve got loads of power.