The Impact of The New German Minimum Wage


This is interesting from a research perspective. Most minimum wage studies examine the impact of minimum wages at low levels or assess small changes to their rate. But here we have a case study of a whole regime change with a high rate introduced for the first time.


A new paper by IZA Institute of Labor Economics provides a clear literature review on the effects so far. Studies have exploited three different strategies to assess the impact: utilizing regional variation of the “bite” of the minimum wage, using treatment and control groups, and assessing the impact on firms. As the table below shows, a broad consensus is emerging, which sits well within the existing minimum wage literature: 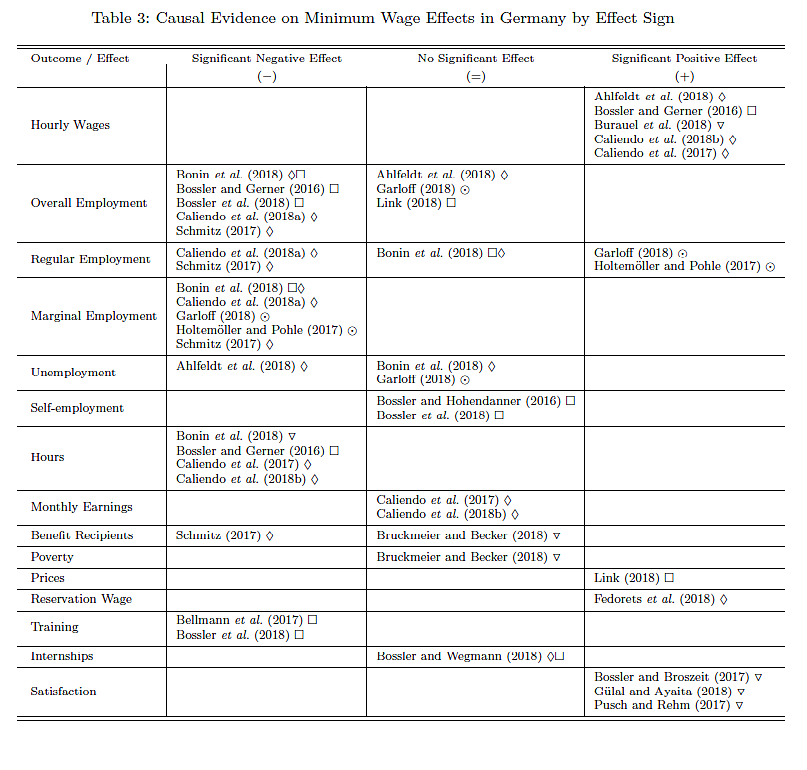 For more on the state of the academic debate on minimum wages, read my Regulation article.