The most important, powerful, and relevant argument against the value-added tax in the short run is that we can balance the budget in just five years by capping spending so it grows at the rate of inflation, a very modest level of fiscal restraint.

The most important, powerful, and relevant argument against the value-added tax in the long run is that more than 100 percent of America's long-term fiscal problem is too much spending. 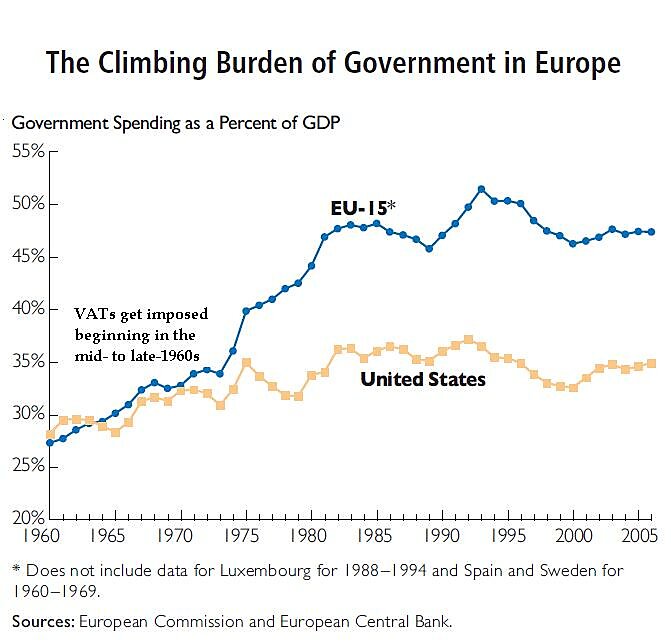 So why even consider giving politicians a new source of revenue such as the VAT, particularly since this hidden form of national sales tax helped cause the European fiscal crisis by facilitating a bigger welfare state?*

And now Europeans are doubling down on that failed approach, thus confirming that politicians will rarely make necessary spending reforms if they think more revenue can be squeezed from taxpayers.

Here's a chart taken from the recent European Commission report on taxation trends in the EU. As you can see, the average VAT rate in Europe has jumped by nearly 2 percentage points in just five years. 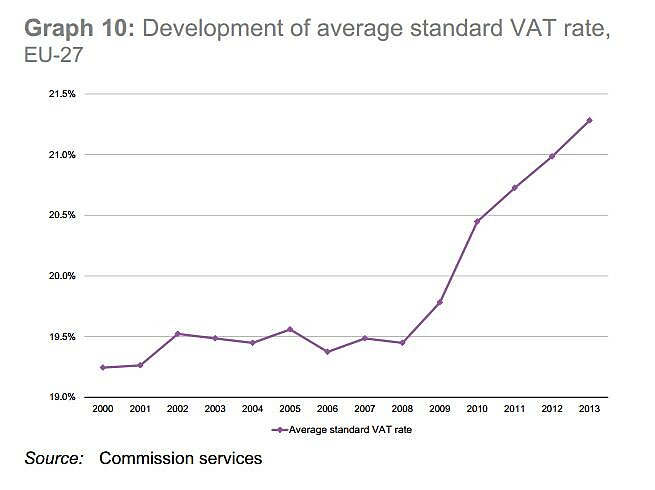 Which helps to explain why much of Europe is suffering from economic stagnation. Given the perverse incentives created by redistributionist fiscal policy, it makes more sense to climb in the wagon of government dependency.

For more information, here's my video that describes the VAT and explains why it's a bad idea.

*The same thing is now happening in Japan.

P.S. I don't know if you'll want to laugh or cry, but the tax-free bureaucrats at the Organization for Economic Cooperation and Development actually argue that the VAT is good for jobs and growth.