That’s what the Department of Housing and Urban Development’s recently retired inspector general had to say in response to rampant malfeasance and mismanagement at public housing authorities uncovered by a joint investigation by ABC News and The Center for Public Integrity.

The problems are widespread, from an executive in New Orleans convicted of embezzling more than $900,000 in housing money around the time he bought a lavish Florida mansion to federal funds wrongly being spent to provide housing for sex offenders or to pay vouchers to residents long since dead.


Despite red flags from its own internal watchdog, HUD has continued to plow fresh federal dollars into these troubled agencies, including $218 million in stimulus funds since 2009, the joint investigation found.

The report singles out Philadelphia’s public housing authority, which HUD reportedly considers to be a “model agency.” The Philadelphia Housing Authority’s outgoing executive director, who was paid $300,000 a year, had “spent lavishly on parties that included belly dancers, and had used more than $500,000 in housing authority funds to secretly settle claims accusing him of inappropriate sexual advances with female employees.”


Here’s the former director of the “model agency” channeling his inner Charlie Sheen on the taxpayer’s dime: 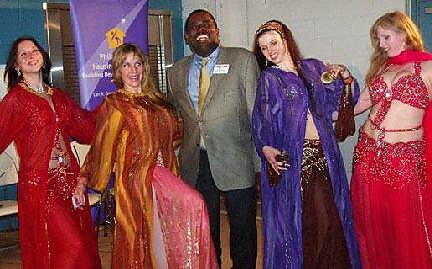 Sen. Charles Grassley (R-IA) doesn’t understand how HUD could have missed the problems:

“We expect that the agency in Washington, D.C. ought to be making sure that every taxpayer dollar is spent in a responsible way. And it seems to me that we have not had that proper oversight,” Grassley said.

Really, Senator? As a Cato essay on HUD scandals illustrates, the agency has been plagued by mismanagement and corruption since its inception. HUD has never made sure every taxpayer dollar was “spent in a responsible way.” And it never will for the simple fact that a government agency has little incentive to ensure that money coerced from taxpayers isn’t wasted. In contrast, a private charity with a record like HUD would see its voluntary donations dry up.


See this Cato for more on public housing subsidies and why they should be abolished.