How Predictable Is an UberX Income?

Some of the appeal of the so-called "sharing economy" is that it allows providers to earn money with assets that would otherwise not be used. Thanks to Uber, Lyft, and Airbnb, a car that would normally sit in the driveway and a spare bedroom can both be used to make some extra money with relative ease. According to Uber, the May median annual income for its full-time New York City rideshare drivers is $90,766 (although this figure has been contested), well above the New York City median income of $46,540. This figure may appeal to those who might want to be an Uber rideshare driver, even if only part-time. However, data released by Uber shows that in order to make a predictable income as an UberX driver in New York City you will have to work long hours. 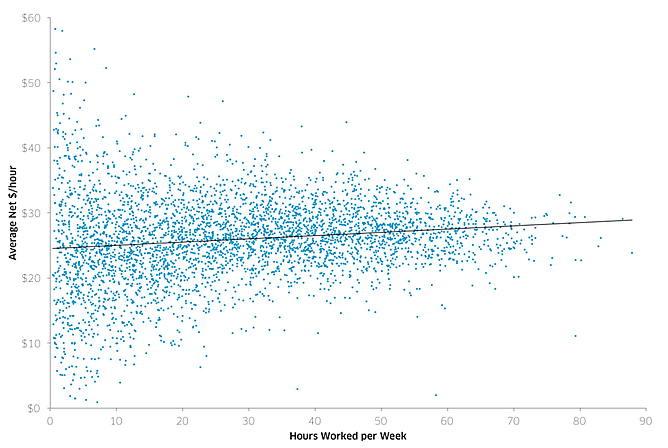 The graph is based on data gathered from what Uber described as "a randomly selected sample" of New York City UberX drivers during the week of November 3rd. The y-axis shows the drivers' average hourly post-deduction wage and the x-axis shows the number of hours worked per week.

However, Uber's data suggests that if UberX drivers want a reliable income they will have to work more hours. The second graph released by Uber shows how much the drivers shown in the first graph would earn in a year if they worked the same number of hours for 50 weeks. 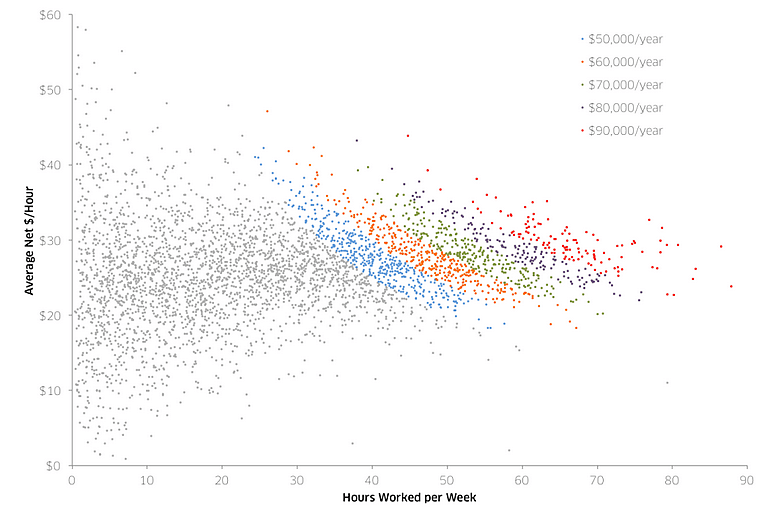 UberX is understandably an attractive option for those who want to earn some money in their spare time. But what Uber's own data reveals is that part-time UberX drivers should not expect a more predictable income than those who rideshare on a full-time basis.