How to End a Depression

Great article in the Sunday Washington Post by James Grant on the depression of 1920-21 and how after President Warren G. Harding's response, "the unemployment rate fell from 15.6 percent to 9 percent (on its way to 3.2 percent in 1923), while constant-dollar output leapt by 16 percent. After which the 1920s proverbially roared."

And how did the administration of Warren G. Harding, in conjunction with the Federal Reserve, produce these astonishing results? Why, by raising interest rates, reducing the public debt and balancing the federal budget.

Pundits often accuse Herbert Hoover of "doing nothing" to counter the depression of 1929. Boy, are they wrong. Grant thinks Harding doesn't get his due:

When he wasn’t presiding over a macroeconomic miracle cure, Harding convened a world disarmament conference and overhauled the creaky machinery of federal budget-making. For his trouble, historians customarily place him last, or next to last, in their rankings of U.S. presidents. Incredibly, they consign him near the bottom even in the subcategory of economic management, about 40 places behind Franklin D. Roosevelt, who inherited a depression that he didn’t actually fix.

The Hoover-Roosevelt-Bush-Obama do-something-anything-everything approach to economic recovery seems to result in elongated depressions. Take a look: 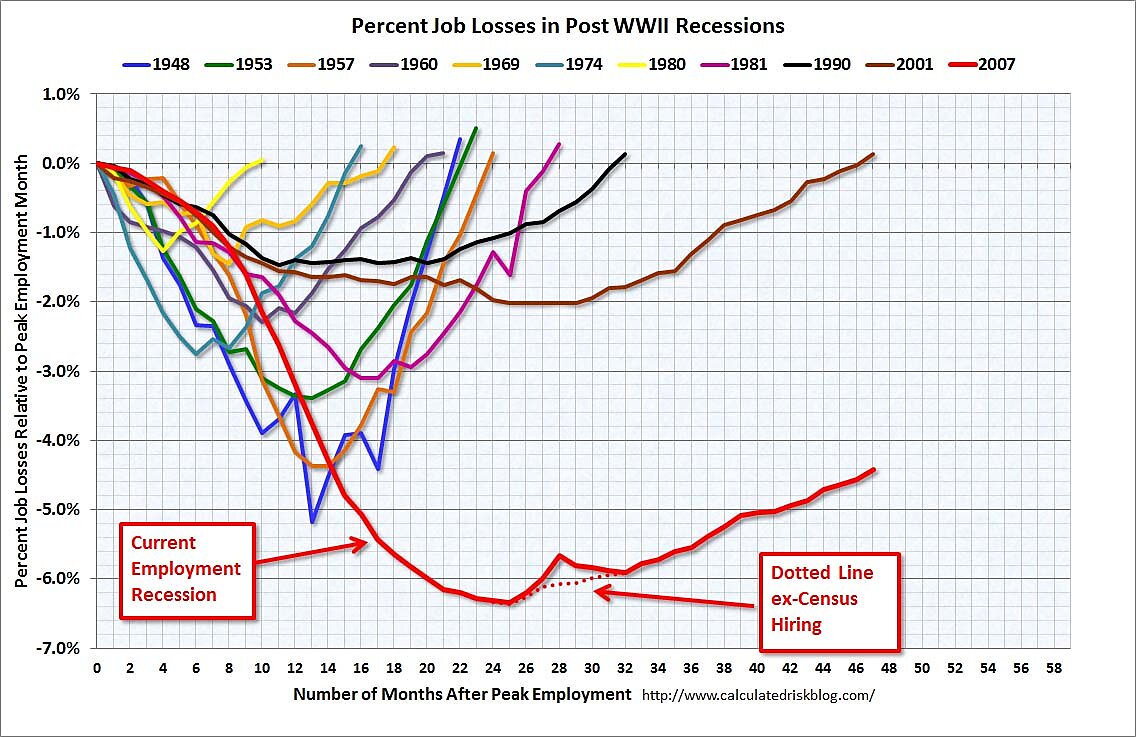 Maybe we should try the Harding do-nothing approach -- which isn't actually do-nothing; he cut taxes and spending and balanced the budget.

Cato scholars have written about how Harding ended a depression here and here.