So why wouldn’t House Republicans simply draft a continuing resolution at the lower $967 billion figure? The answer appears to be that the GOP wants to manufacture angst over sequestration’s hit to defense spending, which is a Republican sacred cow.

The Congressional Budget Office’s score of the House Republican CR shows that defense is funded at $20 billion above the sequestration-included cap for fiscal 2014. However, non-defense funding is actually $1 billion below it. Thus, it seems clear that the CR was intentionally written to force the sequestration-defense issue, which would kick-in in January.

I’m obviously not privy to the wheeling and dealing going on among the House Republicans responsible for constructing the CR. However, below the jump is a CR one-pager produced by the House Appropriations Committee--presumably for distribution to the flock-- that supports the appearance of an attempt to manufacture angst over defense cuts.

Note that the one-pager rather shamelessly claims that “If the next round of FY14 sequester cuts kicks in under current law, ALL of the reductions will come out of national defense.” Yes, but that’s because the authors of the one-pager kept non-defense funding at the sequestration-cap and put defense spending $20 billion over it! There's also a disingenuous chart with a propagandistic warning:

Defense to bear the full weight of FY14 sequester cuts–approximately $20B. Pentagon officials have called them “dangerous” to our national security.

Unless I’m missing something (and I’ll be happy to issue a public mea culpa if I am), this is about as pathetic as it gets when it comes to congressional budget politics. 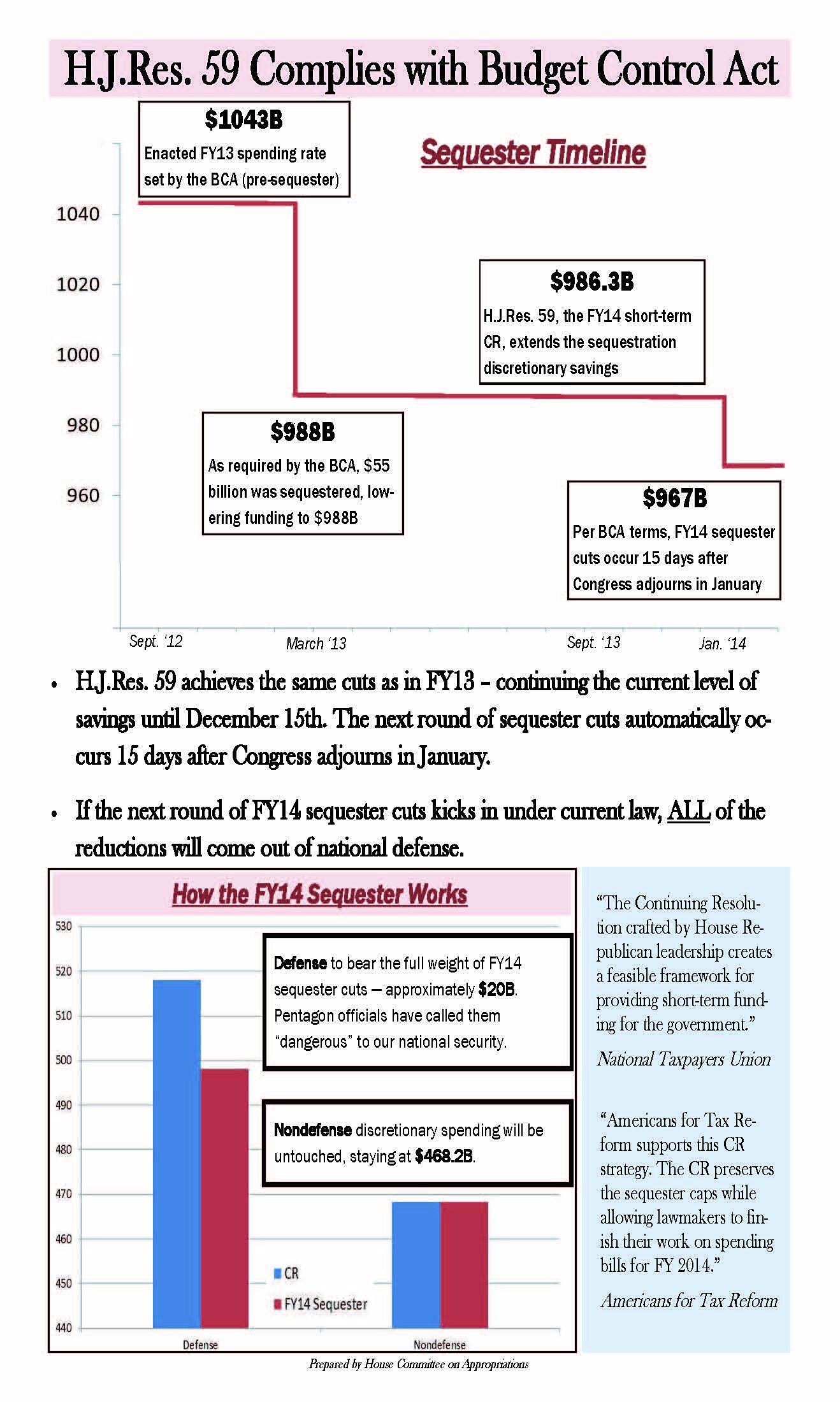