“But He’s Our Imperial President”

My Washington Examiner column today closes out a three‐​part series this week on “Obama’s Imperial Presidency” (also running at Rea​son​.com). Tuesday’s column covered Obama’s expansion of executive power abroad, and Wednesday’s looked at the ways in which Obama has turned the Imperial Presidency inward against the private sector.


Today’s column begins with a recap of the powers 44 holds:

Abroad, Obama claims the power to start wars at will; scoop up your email and phone records without answering to a judge; assassinate you via drone strike far from any battlefield, and — should your relatives complain — keep the whole thing secret in the name of national security.


At home, Obama has summarily fired the CEO of General Motors, America’s largest automaker; flouted bankruptcy law to shaft Chrysler’s creditors and pay off his union allies; pressured half‐​nationalized car companies to produce pokey little electric cars, had his National Labor Relations Board assert veto power over a private company’s decision to move a factory to a “right to work” state; and, via imperial edict, began restructuring the industrial economy by imposing restrictions on carbon dioxide emissions despite Congress’ refusal to pass cap‐​and‐​trade legislation. 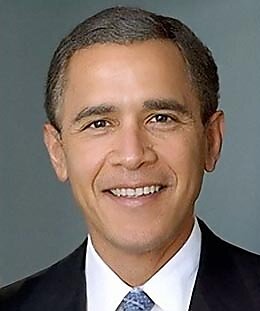 Left or Right, Red or Blue, no American should be comfortable with any one man wielding that much power. Yet too many Americans embrace a philosophy of “situational constitutionalism”: they only get disturbed about the menacing concentration of power in the executive branch when they don’t care for the guy who has the scepter and the crown:

Conservatives who defended every excess of the Bush administration now rail against Obama’s Imperial Presidency, and liberals who considered the Bush era one long descent into the dark night of fascism seem blithely indifferent to the present Oval Office occupant’s multiplying executive power grabs.


Apparently, phrases like “he killed his own people” only grate when pronounced in a clipped, West Texas accent — otherwise, “wars of choice” against third‐​rate dictators go down smoothly.

But “situational constitutionalism” is the constitutionalism of fools: there’s something absurd–or at least insincere–about people who decide to worry about the Imperial Presidency only every four to eight years, and only when the “other team” holds the office.


Blame power‐​hungry presidents and feckless Congresses all you want. We’ll never solve the problem of the Imperial Presidency until more Americans manage to pry their eyes away from the Red‐​Team/​Blue Team sideshow and recognize that who holds the office is less important than the powers the office holds.