Helping to Explain Greece’s Collapse in a Single Picture

As a result, government is far too big today, and nations such as Greece are in the process of fiscal collapse.

But that's the good news -- at least relatively speaking. Over the next few decades, the problems will get much worse because of demographic change and unsustainable promises to spend other people's money.

(By the way, America will suffer the same fate in the absence of reforms.)

Here's one stark indicator of why Greece is in the toilet.

Look at the skyrocketing number of people riding in the wagon of government dependency (and look at these cartoons to understand why this is so debilitating). 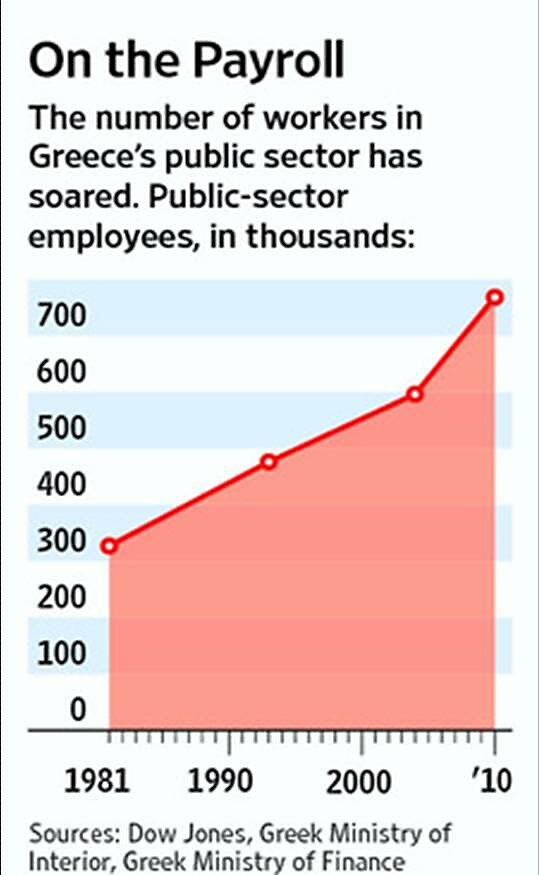 By the way, Greece's population only increased by a bit more than 16 percent during this period. Yet the number of bureaucrats jumped by far more than 100 percent.

And don't forget that this chart just looks at the number of bureaucrats, not their excessive pay and bloated pensions.

With this in mind, do you agree with President Obama and want to squander American tax dollars on a bailout for Greece?