Has President Obama Bitten Off More than He Can Chew?

Beneath all the thrashing over the giant deficit spending bill, President Obama has another thorn in his side: Iraq. Reuters now reports that the military has crafted an analysis of three plans for withdrawing from Iraq: one taking 16 months, one taking 19 months, and another taking 23 months. It’s not clear from the article where the 19- and 23‐​month proposals came from. It’s a bit strange, though, that the president’s own plan has been put in a position now as being the extremely fast plan for withdrawal, juxtaposed against the two others. Who asked for other plans?


All of this shouldn’t be surprising, though: Tom Ricks’ new book on Iraq (which I’ve not seen) features this little tidbit in the promotional materials: 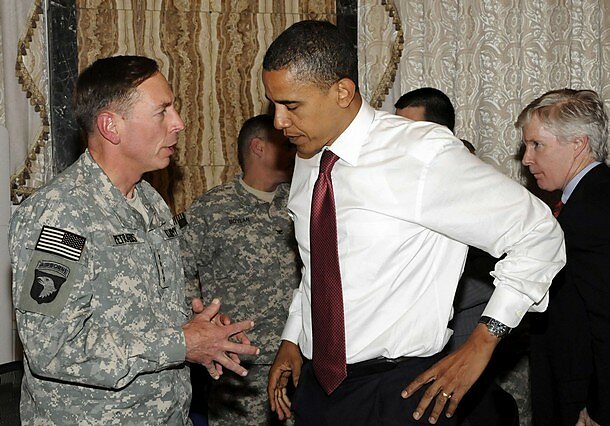 “For Petraeus, prevailing in Iraq means extending the war. Thomas E. Ricks concludes that the war is likely to last another five to ten years—and that that outcome is a best case scenario. His stunning conclusion, stated in the last line of the book, is that ‘the events for which the Iraq war will be remembered by us and by the world have not yet happened.’ ”


So in the midst of the partisan scrap over the giant spending package, the Reuters story makes it look like like Obama may have to take on Petraeus and Odierno if he thinks he’s going to get us out of Iraq any time soon.* Who’s optimistic?


* Marc Lynch of GWU and Foreign Policy made essentially this argument previously, and was slapped down by an Odierno spokesman. Let’s see if these Obama vs. Petraeus/​Odierno stories (and responses from military spokespeople) keep getting written.