Rankings can be very useful tools, assuming the methodology is reasonable and the authors use robust data. I've cited many of them.

But I've also run into some really strange rankings since starting this blog, some of which are preposterous and others of which are rather subjective.

That last one was good for my ego. My only comment is that I wish that I had real influence.

Speaking of preposterous rankings, I have something new for the list.

There's a group that puts out something called the "Happy Planet Index," which supposedly is a "global measure of sustainable well-being."

But it's really an anti-energy consumption ranking, modified by life expectancy data along with some subjective polling data about lifestyles. And it leads to some utterly absurd conclusions.

Here's their map of the world. All you really need to know is that it's supposedly bad to be a red country. 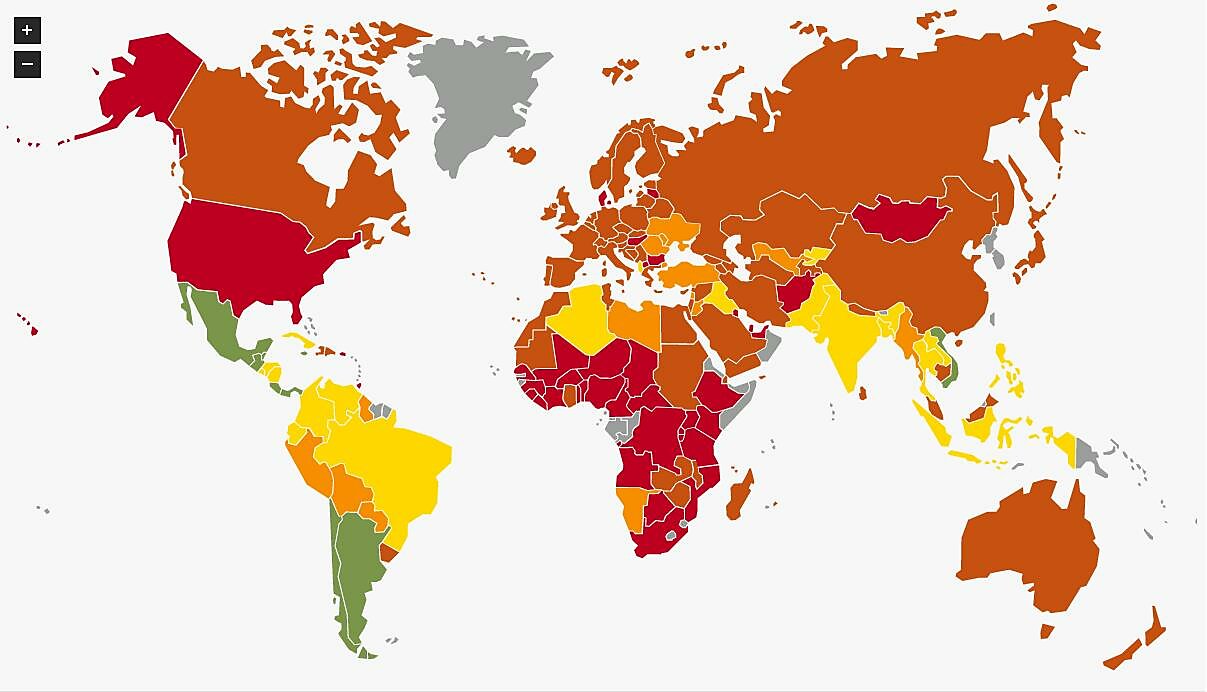 I'm perfectly willing to agree that people in Afghanistan and Angola are not part of a "happy planet," but do they really expect people to believe that the United States is in the bottom category?

I'm not being jingoistic. Yes, I am a patriot in the right sense of the word, so I would like the United States to be at the top of most rankings.

But my job is to criticize bad public policy, so my life would be rather dull if the crowd in Washington adopted a much-needed policy of benign neglect for the economy.

My real gripe is that some of the world's main cesspools get high rankings. The United States is 105th according to the clowns who put together the rankings, while Cuba somehow came in 12th place. 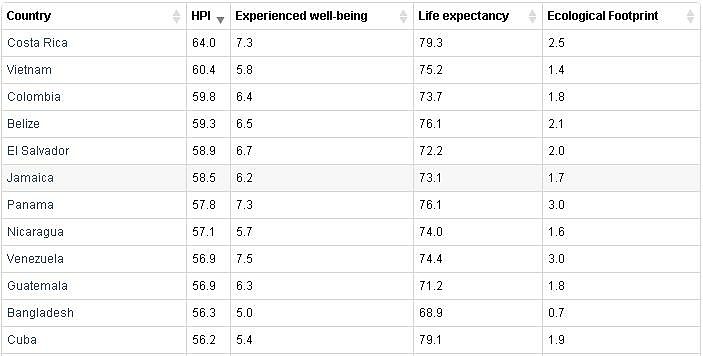 Venezuela also ranks near the top, and other jurisdictions that score at least 50 places above America include Albania, Pakistan, Palestine, Iraq, Moldova, and Tajikistan.

It's not just that those nations all rank above the United States. They also are ahead of Sweden, Canada, Australia, Iceland, Singapore, and Hong Kong.

Heck, I'd also prefer to live in some of the nations that score even lower than the United States, such as Belgium, Denmark, Estonia, or Luxembourg.

The Luxembourg ranking is particularly absurd. It is down near the bottom, with a ranking of 138 and trailing such garden spots as Burkina Faso and the Congo.

But it also happens to be one of the world's richest nations according to World Bank data, in part because it is a very good tax haven.

But the nuts who put together the Crazy Planet Index give Luxembourg the second-to-worst ranking for its "ecological footprint," and I guess you're supposed to be unhappy if you have enough wealth to use a lot of energy.

Gee, too bad Luxembourg couldn't be more like the nations that get the highest rankings for their "ecological footprint." The people of Afghanistan and Haiti must be very, very happy about that high honor.