Today is Human Rights Day, a time we should celebrate great advances in human freedom through history—the rise of the rule of law, the abolition of slavery, the spread of religious liberty, the secular decline of violence, respect for free speech, etc.—as well as honor those groups and individuals working to promote or safeguard human rights in the many parts of the world they are currently being violated or threatened. 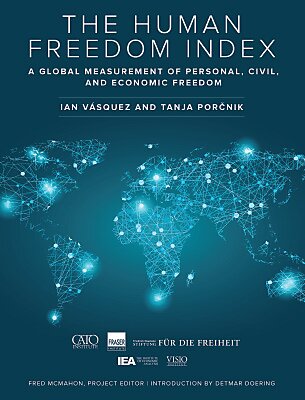 Because we believe in the inherent dignity of individuals, human freedom is worth defending. For that reason, and because freedom plays a central role in human progress, it is also worth gaining a better measure and understanding of the spread of,  and limitations on, freedom around the world. That’s why we created the Human Freedom Index in conjunction with the Fraser Institute and the Liberales Institute. The index is the most comprehensive global measure of civil, personal and economic freedom so far devised. And although Human Rights Day technically commemorates the Universal Declaration of Human Rights, we think the Human Freedom Index and its definition of freedom—the absence of coercive constraint—can help us think more carefully about the state of freedom around the world.

You may view the index here, see how countries and regions of the world rank, examine how income and democracy relate to freedom, get a sense of how various freedoms relate to one another, and otherwise gauge how the world is doing on 76 distinct indicators.

Other Cato activities and publication that may be of interest on Human Rights Day include:

“The Deteriorating State of Human Rights in China”

“Property Rights Are Human Rights: Why and How Land Titles Matter to Indigenous People”

“Islam, Identity, and the Future of Liberty in Muslim Countries”

“Magna Carta and the Rule of Law around the World”

“The Moral Arc: How Science and Reason Lead Humanity toward Truth, Justice and Freedom”

The Tyranny of Silence by Flemming Rose

The Power of Freedom: Uniting Human Rights and Development by Jean-Pierre Chauffour

“Islam and the Spread of Individual Freedoms: The Case of Morocco” by Ahmed Benchemsi

“Capitalism’s Assault on the Indian Caste System,” by Swami Aiyar