Today is the 113th anniversary of the birth of F. A. Hayek, perhaps the most subtle social thinker of the 20th century. 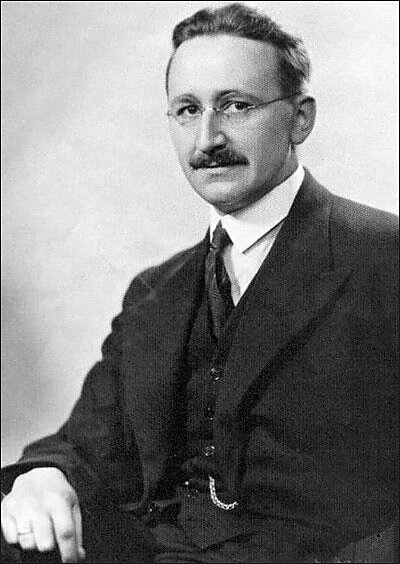 He was awarded the Nobel Prize in Economics in 1974. He met with President Reagan at the White House, and Margaret Thatcher banged The Constitution of Liberty on the table at Conservative headquarters and declared "This is what we believe." Milton Friedman described him as "the most important social thinker of the 20th century," and Lawrence H. Summers called him the author of "the single most important thing to learn from an economics course today."

He is the hero of The Commanding Heights, the book and PBS series by Daniel Yergin and Joseph Stanislaw. His most popular book, The Road to Serfdom, has never gone out of print and sold 125,000 copies last year. John Cassidy wrote in the New Yorker that "on the biggest issue of all, the vitality of capitalism, he was vindicated to such an extent that it is hardly an exaggeration to refer to the 20th century as the Hayek century."

Last year the Cato Institute invited Bruce Caldwell, Richard Epstein, and George Soros to discuss the new edition of The Constitution of Liberty, edited by Ronald Hamowy. In a report on that session, I concluded:

Hayek was not just an economist. He also published impressive works on political theory and psychology.

Cato published two original interviews with Hayek, in 1983 and 1984.

Find more on Hayek, including an original video lecture, at Libertarianism.org.