According to Sen. Jim Inhofe (R-OK): President Obama’s “trip to Afghanistan is an attempt to shore up his national security credentials, because he has spent the past three years gutting our military.”


You decide: From National Defense (050) outlays, in billions of constant 2012 dollars:

The chart below shows the full context of Inhofe’s remarks. 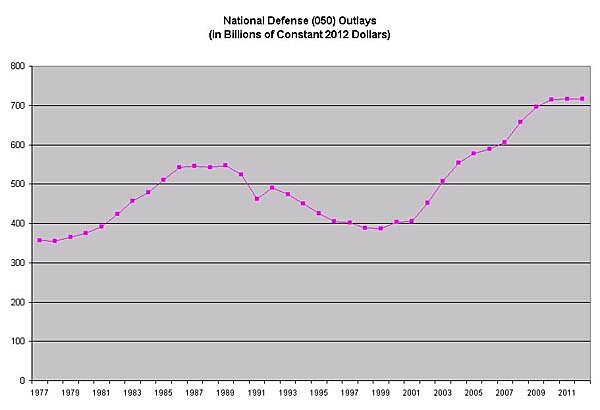