The chart shows the changes in government employment in these time periods. 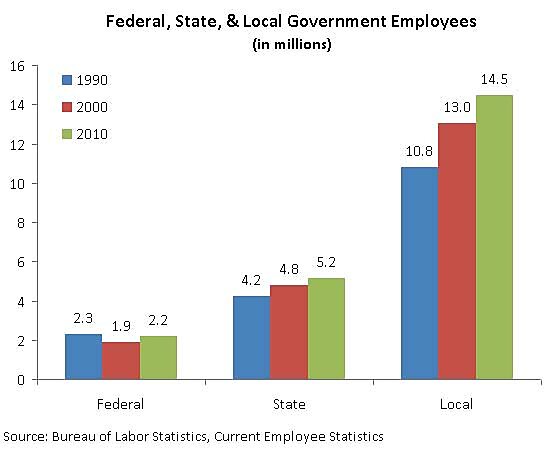 (Note: Numbers are for January of each year for consistency and to avoid the inclusion of temporary federal decennial census workers that show up in later months.)


The Obama administration is concerned that the economic recovery will be jeopardized by revenue‐​strapped state and local governments cutting employees. Therefore, it’s advocating another federal bailout for the states to head off government job cuts. However, government jobs are supported with money taxed or borrowed out of the economy. Diverting more resources away from the private sector in order to sustain the public sector is a recipe for economic stagnation – not growth.