The Goofy Face of Terror

Meet Rezwan Ferdaus. The 26‐​year‐​old punk drummer and Northeastern University physics grad is also the latest in a string of “limousine jihadis” arrested as part of an 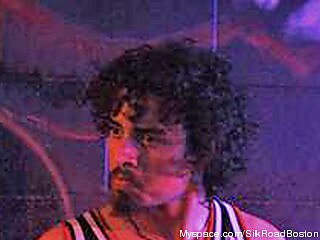 FBI sting operation. No doubt his fiendish scheme to “decapitate” the American military will soon be added to the list of “thwarted terrorist attacks” that the Heritage Foundation maintains to discourage “complacency in the War on Terror.” It’s instructive to take a closer look at this plot, as spelled out in the affidavit laying out the charges against Ferdaus.


Seemingly inspired more by Lex Luthor than Sayid Qutb, our wannabe jihadi concocted a detailed plan to load a 6‐​foot fiberglass remote controlled plane with explosives, which he would then fly into the steel‐​reinforced concrete outer wall of the Pentagon using some form of GPS‐​guided autopilot. Then, in a scene cribbed from The Matrix, he would lead a ground assault to “take out” the people fleeing the building with automatic rifles. Apparently lacking much experience shooting, however, Ferdaus suggested that he’d have to take a few guns into the woods first in order to “learn how to do it.” Since he was unemployed and living with his parents in the suburbs, there was also the little matter of financing. The FBI (through undercover agents posing as Al Qaeda recruiters) had to foot the bill for the plane, as well as a trip to Washington, DC, where Ferdaus scoped out his target. Oh, and the explosives? He had to ask his bogus comrades to acquire those for him as well.

Whatever its other defects, there’s little indication that Ferdaus’s conscience would have been much of a barrier to going ahead with his plan: His Faux‐​Qaeda contacts asked him to modify a cell phone as an IED detonator for Iraqi insurgents, and Ferdaus was reportedly gleeful when (falsely) informed that the device had been used to kill several American soldiers. Such callousness would be more frightening if it had been wedded to enough wit to question whether Iraqi insurgents would really be commissioning trivial soldering work from a U.S. citizen, then having phone detonators shipped across the Atlantic one at a time.


It’s certainly conceivable that Ferdaus might have eventually tried to act out his terrorist fanfic even without the FBI’s aid or encouragement, and even that he could have managed to harm or kill someone other than himself in the process. I don’t intend to shed any tears on his behalf if he winds up going to prison for a long while. Still, it’s worth asking whether this is the threat—and as a recent RAND report makes clear, Ferdaus is pretty representative of the current crop of domestic terror plotters—so dire that traditional law enforcement methods simply can’t cope.


Scholars John Mueller and Mark Stewart estimate that the increase in direct federal spending on homeland security and intelligence since 9/11 totals some $470 billion, without even factoring in the cost of two foreign wars, with another $220 billion in “enhanced expenditures” from states and the private sector. We’ve granted the government extraordinary new surveillance powers, even though judging from public reporting, it’s old‐​fashioned human intelligence that’s typically key to catching aspiring bombers. As Ferdaus and his ilk show, there is still a real terror threat. The question is whether, with the United States “within reach of strategically defeating” a scattered and battered Al Qaeda, it’s a threat that requires this level of massive mobilization in response. It’s as though we’d gathered an epic army on horseback to storm the gates of Mordor, only to find it populated by a smattering of pimply Dungeons and Dragons geeks in rubber orc masks.


There appears to be, as Spencer Ackerman notes in a recent Wired review, a certain percentage of the population that is determined to believe, against all evidence, that we continue to face an “existential threat” from an enemy that is “pernicious, deceptive and merciless and wants nothing less than total destruction.” Partly, I suspect, this is because the grave loss the nation experienced on 9/11, and the fear we felt afterwards, may seem to be ennobled in some sense by being tied to an epic conflict with a world‐​historical evil. To have simply been sucker‐​punched by a relatively weak foe, through some combination of their luck and our unforced errors, makes the tragedy seem still more senseless and harder to bear. And let’s admit—as Christopher Hitchens had the candor to do—that there can be something “exhilarating” about having a credible enemy against whom to define ourselves, in a “war to the finish between everything [we] love and everything [we] hate.” A Superman, in some sense, needs a Luthor—and so we’re willing to humor the romantic self‐​conception betrayed by Ferdaus’s ludicrous comic book plot as the price of occupying our own heroic role in the fantasy.


Ten years on, having paid an enormous cost in dollars, lives, and constitutional limits on government power, maybe it’s time to grow up, to stop playing along with the kids in the orc masks. The question as we go forward is not whether a threat “exists”—whether there will continue to be sick thugs (and even a handful of competent ones) who dream of striking at America from within. Of course there will. The question is whether we need a half‐​trillion dollar surveillance state to deal with the likes of Rezwan Ferdaus. Let’s not pay him that compliment.