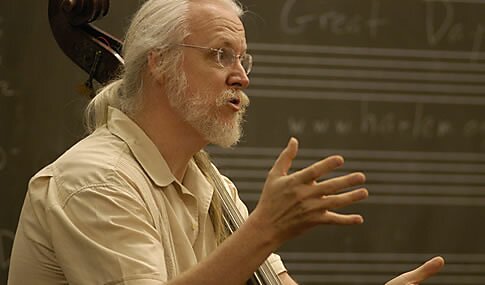 I don’t know how many readers will find this of interest, but here goes:


There is an interesting interview with James C. Scott at the terrific (but probably of less general interest) Theory Talks website. I imagine that there are few scholars who describe themselves as “a crude Marxist, with the emphasis on ‘crude’” who have piqued libertarian interests as much as Scott has. His book Seeing Like a State (which Reason’s Jesse Walker reviewed here) has an awful lot to say about how and why efforts at centralization frequently fail. His new book is titled The Art of Not Being Governed: An Anarchist History of Upland Southeast Asia.


The interview at Theory Talks is wide‐​ranging, so I’ll just pick a few snippets that I hope will encourage you to give it a read:

…I haven’t thought deeply about how political science ought to be reformed; but I do believe that in political science, the people who do have pretensions to ‘scientificity’ are actually very busy learning more and more about less and less. There is an experimental turn in political science, consisting of people conducting what they call ‘natural experiments’ and that are carefully organized the way a psychology experiment would be organized, with control groups and so on. But the questions they ask are so extraordinarily narrow! They imagine that you answer as many of these questions as possible and you are slowly constructing a kind of indestructible edifice of social science, while I think all you have then is a pile of bricks that doesn’t add up to anything…


[H]ow important is it to publish articles? A colleague of mine reported how many people actually read academic articles—and the number on average was less than three. So the majority of article publishing is essentially a vast anti‐​politics machinery put together to help people get tenure, and that holds even for peer‐​reviewed articles. Professional advancement depends increasingly on a kind of audit system for number of peer‐​reviewed articles et cetera, a kind of mechanical system that is an anti‐​politics machine, an effort to avoid making qualitative judgments about how good something is. It is something particularly common to democracies, where you have to convince people you are objective, you’re not playing favors, there are no qualitative judgments, and it’s just comparing the numbers. So, if you are producing an article, and it’s going to be read by three people, then why are you doing this in the first place?

On uniformity, architecture, and Nazism:

…I remember that I was in Berlin at the Wissenschaftskolleg, and there was a woman, Barbara Lane, there who was an architectural historian. We went to a housing area, where two types of Seidlungen or housing were to be found together: Bauhaus housings and a competing housing project by National Socialist architects. It was interesting to me, that the Bauhaus architects had figured out exactly how many square meters people needed, how much water they needed, how much sunlight, playground space… They had planned for an abstract human being; and the architecture could have been executed anywhere in the world. Whereas the Nazi architects had build genuine homes, with little chimneys, small front steps in brick—all these references to vernacular architecture that was part of the German cultural tradition. I realized that in a sense, the international aspiration of the Bauhaus school was to be placeless and universal, as IKEA does now. I found myself a little embarrassed that I would rather have lived in a dwelling designed by the Nazis than a Bauhaus home, but it does illustrate my point of governing: how is it executed? With what level of ambition in mind?

On the “state of nature”:

The state, or centralized political organization, has been with us for the last 4000 years. Even when this state was not all‐​pervasive or all‐​powerful everywhere, it was always there. So even if certain spaces or people were ‘outside’ the state—in the so‐​called state of nature—they always coexisted with the state and interacted with it dialectically. So saying that there are people living inside and with the state, and others outside and without it, and that supposedly they will behave completely different, is a difficult hypothetical. I have, for instance, the idea that life was not ‘brutish, nasty and short’ outside of the state as Hobbes argued, partly because the population levels were so low that the way of dealing with conflict was simply moving out of the way. A lot of the things people struggled and died over, were essentially commodities. So if by the state of nature we mean people living outside the state in a world in which states already exist so they are at the periphery of states, then this is a completely different thing…

The whole interview is worth a read.