On Friday, the Heritage Foundation held a conference entitled “Budget Process Reforms in the Next Congress.” Paul Winfree organized the event and provided opening remarks.


The federal budget process is a mess. Congress does not pass bills on time, and then jams huge omnibus measures through at the last minute. Spending exceeds revenues by $600 billion a year and rising. Congress does not scrutinize programs to see whether the benefits actually outweigh the costs. And most of the budget grows on auto‐​pilot, allowing politicians to pretend that they are not responsible for the government’s massive debt.


I was on the first panel, which looked at budgeting lessons from other countries. Barry Poulson and John Merrifield discussed Switzerland’s “debt brake” and proposed that the U.S. federal government adopt a similar budget cap. Dan Mitchell also likes the Swiss debt brake. In my remarks, I agreed that a cap was a good idea, but argued that a simpler restraint would be better, such as a 3 percent annual growth limit on total outlays. 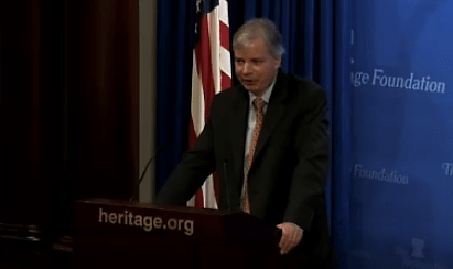 What we really need is for Congress and incoming President Trump to focus on eliminating low‐​value programs. I provided evidence that politicians are capable of major spending cuts. In particular, Canada cut federal spending from 23 percent of GDP in the early 1990s to 14 percent by 2015. (Unfortunately, Canada has recently elected a government that seems to believe that deficit spending and debt helps the economy, despite the country’s own experience over two decades that shows the opposite).


On the second panel, former federal budget official Marcus Peacock described how federal agencies tend to maximize their costs, while private businesses focus on minimizing their costs and improving efficiencies. Fiscal restraint can lead to innovation, he argued.


On the third panel, Rick May and George Everly of the House and Senate Budget Committees, respectively, described Republican efforts to overhaul congressional budget procedures. Background materials on these efforts are here.


If you are interested in budget issues and enjoy free lunches, please attend our November 30 panel on Capitol Hill featuring Senator James Lankford. The senator will describe wasteful programs he found in the budget, and experts will discuss spending‐​cut opportunities during the Trump administration.