It's both amusing and frustrating to observe the reaction to President Trump's budget.

I'm amused that it is generating wild-eyed hysterics from interest groups who want us to believe the world is about to end.

But I'm frustrated because I'm reminded of the terribly dishonest way that budgets are debated and discussed in Washington. Simply stated, almost everyone starts with a "baseline" of big, pre-determined annual spending increases and they whine and wail about "cuts" if spending doesn't climb as fast as previously assumed.

Here are the three most important things to understand about what the President has proposed.

First, the budget isn't being cut. Indeed, Trump is proposing that federal spending increase from $4.06 trillion this year to $5.71 trillion in 2027. 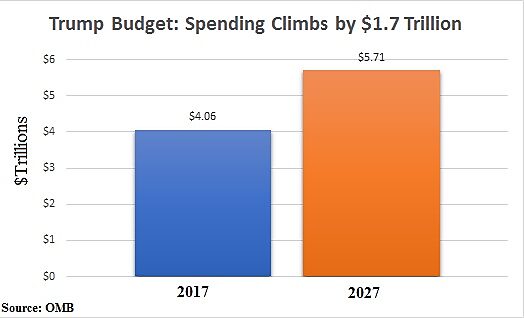 Second, government spending will grow by an average of almost 3.5 percent per year over the next 10 years. 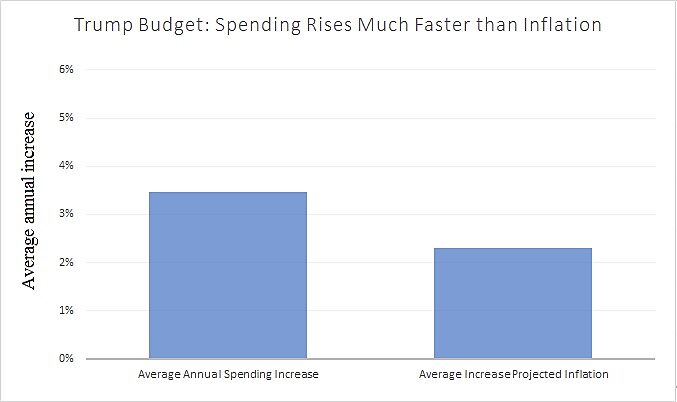 Third, because the private economy is projected to grow by an average of about 5 percent per year (in nominal terms), Trump's budget complies with the Golden Rule of fiscal policy. 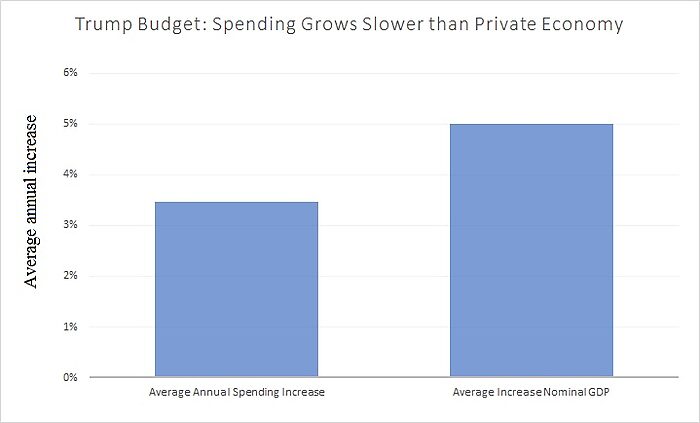 And why is he leaving Social Security basically untouched when taxpayers and retirees would both be better off with a system of personal retirement accounts? And why is Medicare not being fundamentally reformed when the program is an ever-expanding budgetary burden?

In other words, if you want the federal government to reflect the vision of America's Founders, the Trump budget is rather disappointing. It's far from a Liberland-style dream.

But for those who prefer to see the glass as half-full, here are a couple of additional takeaways from the budget.

Fourth, as I wrote yesterday, there is real Medicaid reform that will restore federalism and save money. 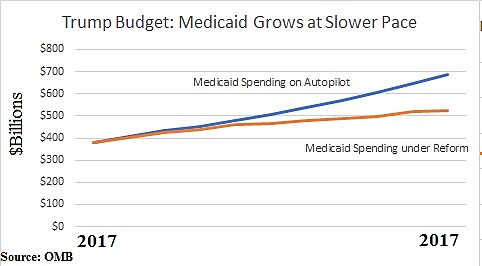 But not just curtailed. Spending in the future for this category will actually be lower if Trump's budget is approved. In other words, a genuine rather than fake budget cut. 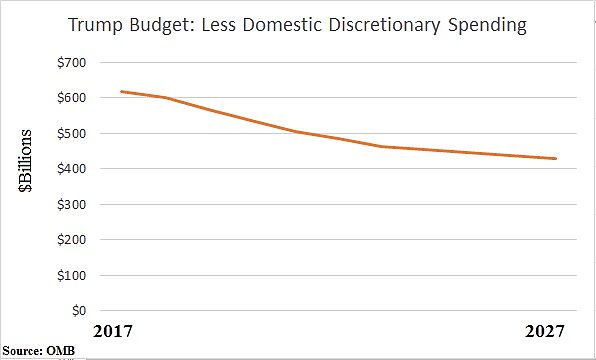 I'll close with my standard caveat that it's easy to put good ideas (or bad ideas) in a budget. The real test is whether an Administration will devote the energy necessary to move fiscal reforms through Congress.

Based on how Trump was defeated in the battle over the final spending bill for the current fiscal year, there are good reasons to be worried that good reforms in his budget won't be implemented. Simply stated, if Trump isn't willing to use his veto power, Congress will probably ignore his proposals.

P.S. You may have noticed that I didn't include any discussion of deficits and debt. And I also didn't address the Administration's assertion that the budget will be balanced in 10 years if Trump's budget is approved. That's because a fixation on red ink is a distraction. What really matters is whether the burden of spending is falling relative to the private sector's output. In other words, the entire focus should be on policies that generate spending restraint and policies that facilitate private sector growth. If those two goals are achieved, the burden of red ink is sure to fall. Whether it happens fast enough to balance the budget in 2027 is of little concern.