Harriet Tubman’s forthcoming placement on the U.S. twenty dollar bill is being hailed as a symbolic win for women. Tubman certainly deserves the honor, and Cato’s Doug Bandow called for putting Tubman on “the twenty” a year ago. In celebration of the soon-to-be-redesigned twenty dollar bill, here are 5 graphs showcasing the incredible progress that women have made in the realms of work, education, health, etc.

1. The gender wage gap, which is largely the result of divergent career choices between men and women rather than overt sexism, is narrowing in the United States and in other developed countries. Part of this trend may be explained by more women entering highly paid fields previously dominated by men. For example, there are more women inventors and researchers in developed countries. 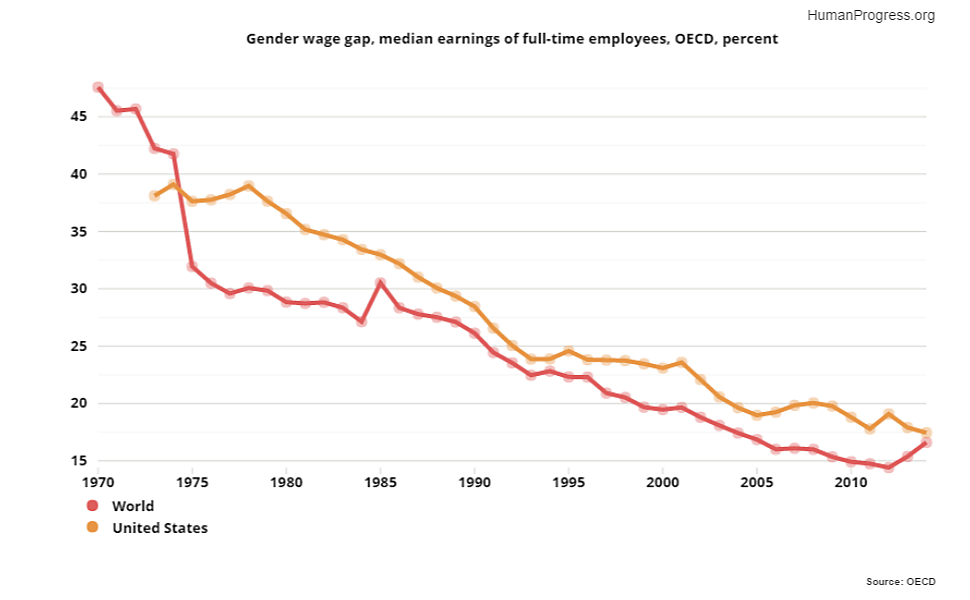 2. Around the world, girls in their teens have fewer children and are more likely to complete secondary education. As a smaller share of teenaged girls become mothers, many are better able to pursue education. The gender gap in youth literacy, primary school completion, and secondary school completion are all shrinking, even in many poor areas. Today, there are actually more women than men pursuing tertiary education and earning college degrees. 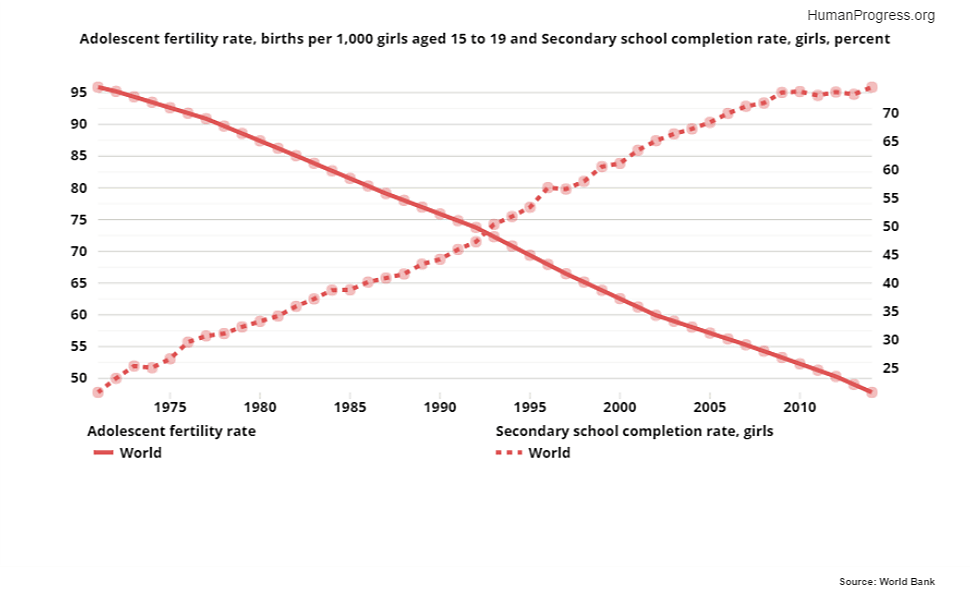 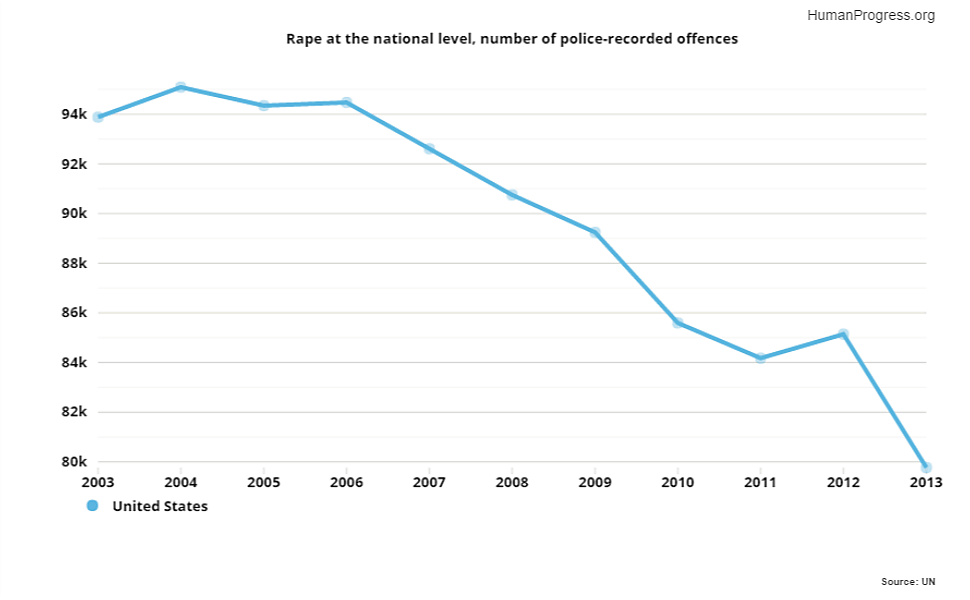 4. Dramatically fewer women die in childbirth, once a common cause of death for women. Around the world, more pregnant women receive prenatal care and more births are attended by skilled health staff. Like their mothers, newborn babies are also less likely to die, as are infants and children generally. Between 1990 and 2015, a girl’s likelihood of dying before her fifth birthday fell by about 54% globally. 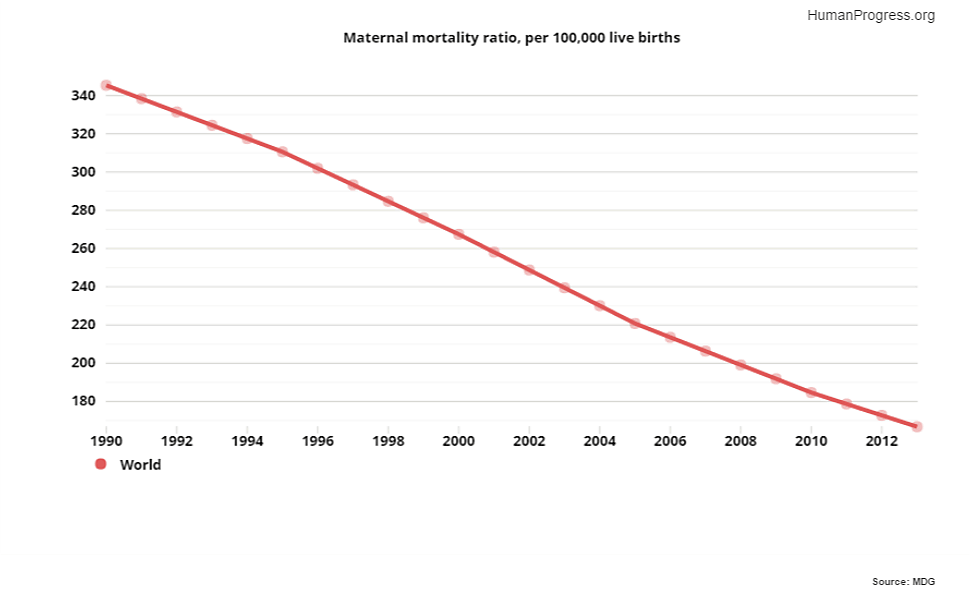 5. More and more women hold seats in the world’s parliaments, or hold ministerial level positions. There are also more women legislators, managers, and senior officials. There is some evidence that women are more likely to rise to achieve high positions in the private sector in countries with freer markets. 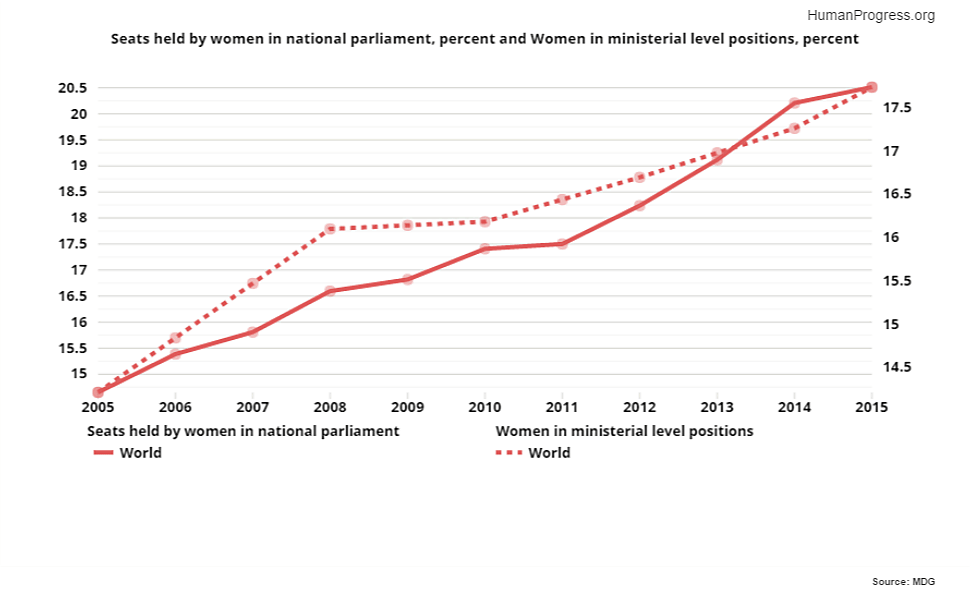